Sikeston unable to hold on to early lead 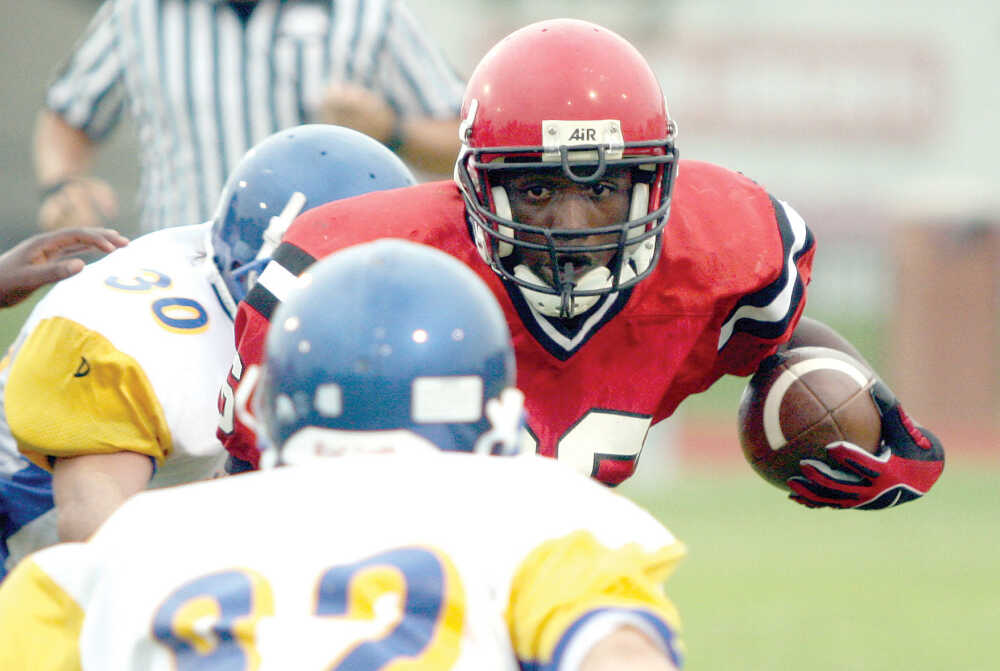 SIKESTON -- The Sikeston ninth grade football team could not hold on to an early lead in their game against the Scott City Rams on Thursday, as they fell 30-12.

"I thought we played really well during our first two series'," Sikeston head coach Brett Blackman said. "But then we started sitting back on our heels and started thinking it was going to be easy."

Sikeston stormed out of the gate with two early touchdowns in the first quarter. Quarterback Luke Keefer and running back Chris Bryant connected for each Bulldog touchdown. The first was a 23-yard pass to a wide open Bryant and the second was a 26-yard completion. Sikeston failed on both extra-point attempts which gave them a 12-0 lead after the first quarter.

Bulldog touchdowns ceased after the first quarter while Scott City piled on 30-consecutive points to put away Sikeston.

Garrett Schaeffer scored twice on the ground for the Rams in the second half to give Scott City the permanent lead. Alex Eichom added another rushing touchdown in the second quarter to give his team a 22-12 lead at the half.

After a scoreless third quarter, the Rams added another touchdown through the air to make it a 30-12 final.

"We showed some ability that we could be a good football team," Blackman said. "We just got to learn how to win football games."