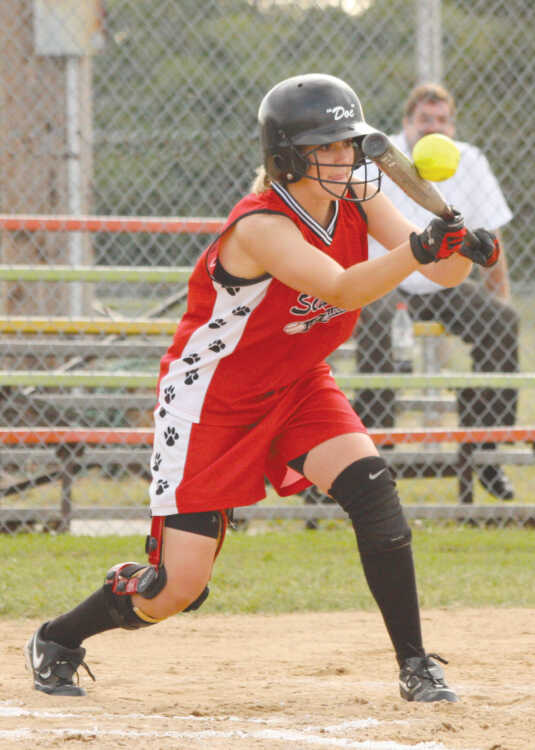 Sikeston's Emilie Martin squares around to lady a bunt down against the Saxony Lutheran Lady Crusaders on Wednesday. Martin was 1-for-2 at the plate in 6-0 win. (Photo by Josh Mills, Staff)

Hopson finished with three hits and the win

SIKESTON -- The Sikeston Lady Bulldogs continued their hot streak on Wednesday afternoon as they once again saw victory, defeating the visiting Saxony Lutheran Lady Crusaders 6-0. As districts are nearing, every win is meaningful in head coach Tiffany King's eyes.

"This was a big win being this close to districts," said King of the Lady Bulldogs' victory. "We hit the ball well up and down the line up."

Kelsie Cooper also had a triple and Kristen King added a double.

"We're putting the ball in play," King said. "And, I like the way that our defense really held up. We had a couple of errors and got put in a pressure situation but we got out of it."

Hopson also picked up the victory as she threw all seven innings, giving up four hits and one walk while striking out five.

Sikeston, now 12-8 on the season, will be on the road in Delta this afternoon to take on the Lady Bobcats.