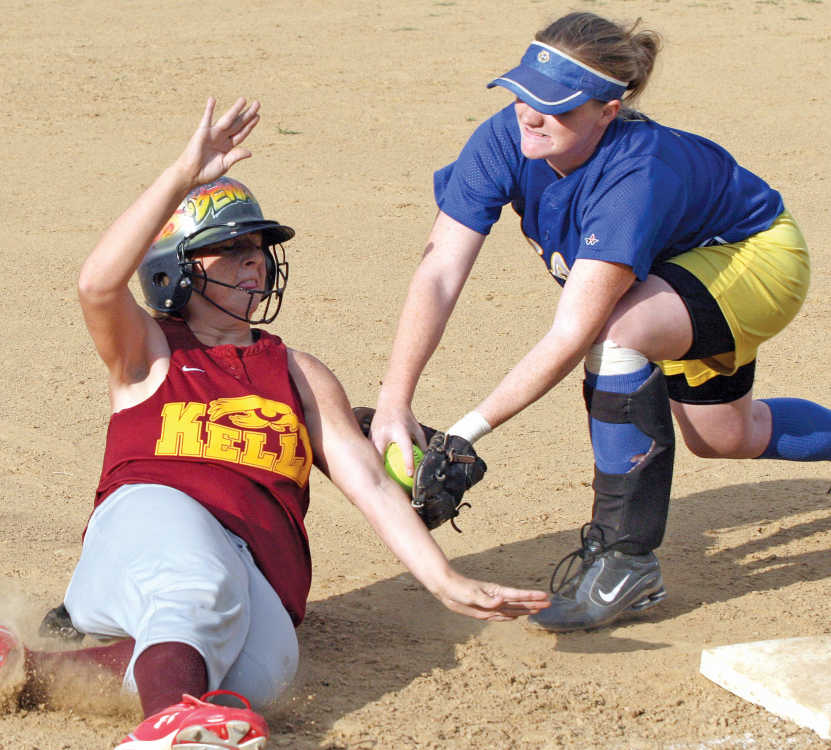 ORAN -- The Kelly Lady Hawks ended their two game losing skid on Wednesday afternoon with a 9-0 win over the Oran Lady Eagles at Oran High School.

Danielle Dock pitched a no hitter for the Lady Hawks and allowed only five baserunners due to five walks. She also struck out 10 and at one point retired 10 straight batters in a row. 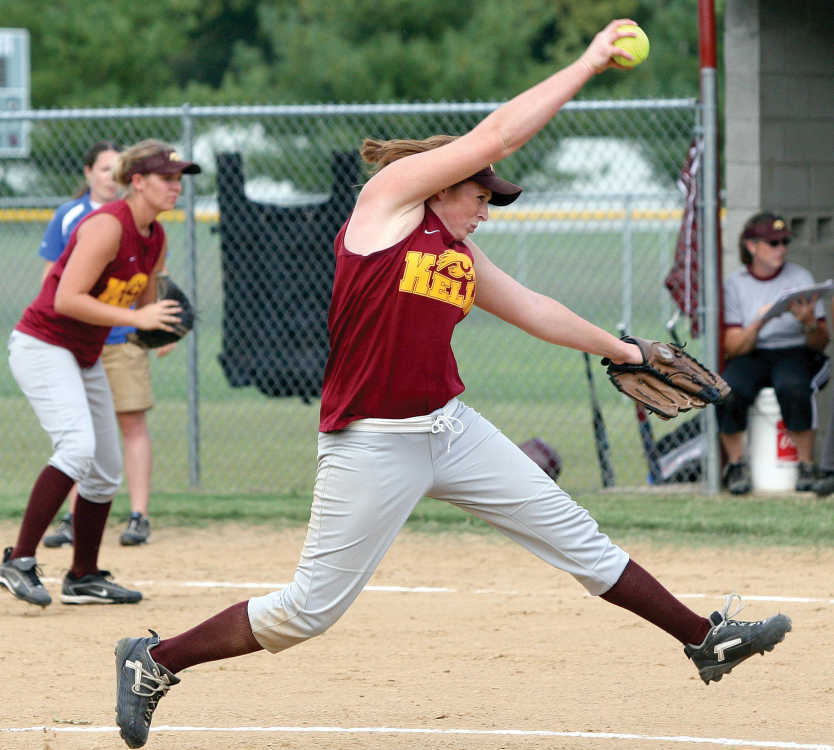 Kelly's Danielle Dock delivers a pitch in the first inning against Oran Wednesday. Dock didn't allow a hit on the afternoon.

After having to pitch a lot this past week, Kelly head coach Rhonda Ratledge said that Dock might have been feeling those affects on account of the walks that she had given up.

"We played much better," Ratledge said. "Danielle looked a little tired on the mound and it kind of showed with five walks. But, she's pitched a lot since last weekend so she'll have about a four to five day rest before she pitches again."

The Lady Hawks busted out of the gate with three runs in the top of the first inning and then put up five more runs in the seventh inning to put things out of reach for Oran.

During the seventh inning, the Lady Hawks utilized their bunting ability to move numerous runners over. Heather Beggs delivered the biggest blow of the inning with a bases loaded double into left field that scored two runs.

"She did really good," Heisserer said about her starting pitcher. "She came out and threw a lot of first pitch strikes."

Seyer was helped out by the defense behind her that turned three double plays, which were all made in a Kelly attempt to be aggressive and take another base.

The first two were 5-3-2 double plays in the third and fifth innings. Each of the first two double plays, Kelly had a runner on third which was followed by a ground ball to Taylor Irwin. Irwin scooped both grounders up, looked back the runner and fired a throw to first. As soon as Irwin made her throw, both Katee Moore and Haley Glastetter was sent home. They both were threw out by Oran first baseman Haley Woodfin to end the third and fifth innings.

The third double play was in the sixth inning when Rachel Moore caught a fly ball in right field and threw out the runner at third base.

"We had a lot of times where we would run ourselves out of an inning," Ratledge said. "We are going to have to work on our jumps off the bag."

Dock was also helped by her defense with keeping her no hitter intact. Kelly committed no errors and their outfield got good jumps on all fly balls hit their way.

"Klipfel had an outstanding catch out there in right," said Ratledge about her defense. "Heather Beggs had two in left and then Lana (Whitworth) had a couple in center too. Those are the kind of plays that my outfield has to make coming towards the end of the season."

Despite being no hit on Wednesday, Heisserer felt like the defense and Seyer's pitching was a step in the right direction with the district tournament coming up next week.

"I saw a lot of good things, we just have to put it all together," she said. "I keep telling them that it's like a puzzle. We got the pieces, we just need to put it together."

Oran (10-6) and Kelly (17-4) each have one more game before they start districts. Oran will host Cape Central on Saturday morning, while Kelly will play Jackson on Monday.