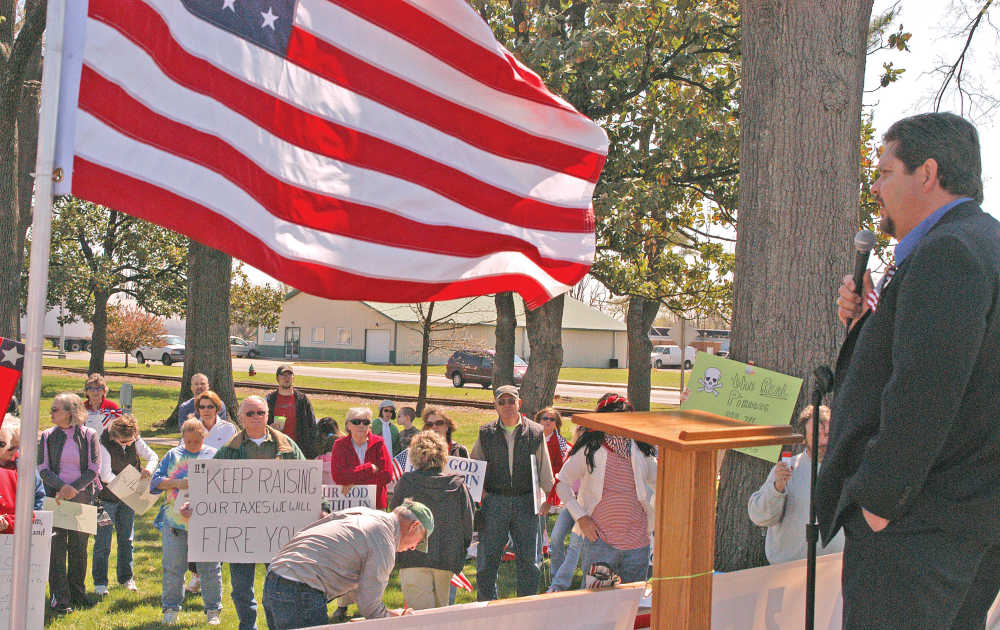 Mitch Jackson, right, speaks to those attending Sikeston's protest against the Washington, D.C. "tax and spend" mentality. A large crowd turned out for the event conducted in Legion Park. (Photo by Jill Bock, Staff)

"Having a tea party"

SIKESTON - Dale Walker came all dressed up for this tea party.

The Sikeston resident donned a wig, striped shirt and a pirate patch and carried a sign announcing "The real pirates are in Washington, D.C." as he joined a large crowd in the Legion Park on Wednesday.

He and the others were there to join the nationwide protest aimed at showing anger and frustration at government spending since President Obama took office, including the $787 billion economic stimulus package Congress passed earlier this year.