Bluejays' Jones will play for TRCC 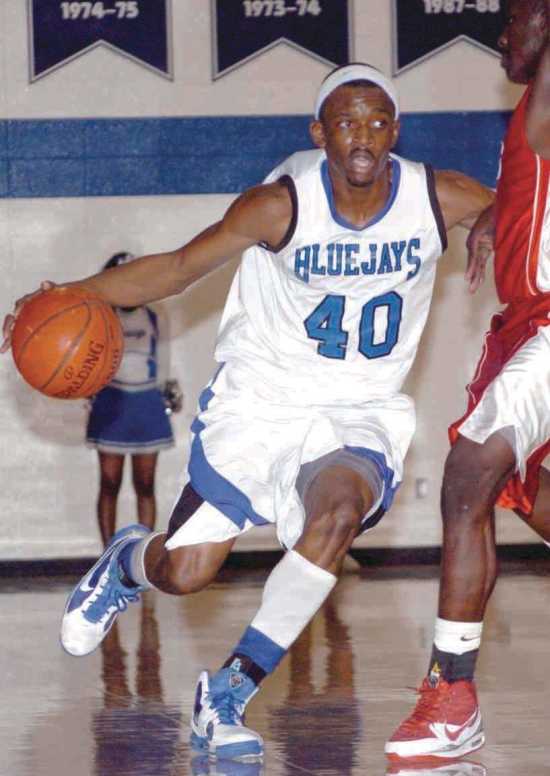 CHARLESTON -- It's not unusual for a Charleston Bluejay to take their game to the next level by way of Three Rivers Community College. They each run a similar style on the floor and have had past connections between the schools for quite some time.

Senior Deonte Jones is hoping to be the next chapter of the Bluejay-to-Raider history book.

"He's a Three Rivers type," said Charleston head coach Danny Farmer about Jones, who was a Raider himself. "He's a great kid to be around. He works hard and he's going to do everything they ask him to do in practice.

"He's a winner," Farmer continued. "He comes to play everyday and gives you everything he's got. He's going to have a great career at Three Rivers."

The 6-foot-1 senior recently signed his letter of intent to play basketball for the Raiders next fall hoping to fill an all-important shooter role.

"Hopefully he comes in and he's a shooter," Raiders assistant Brian Bess said. "He did really well in high school and we're hoping he can do it really we for us.

"We're hoping he just plays really hard and if he's open, shoot it."

Jones averaged 18.4 points a game in his last year as a Bluejay. He also pulled down 5.5 rebounds and had 3.5 steals a game. He was an 85 percent free-throw shooter as well.

"We're excited," Bess said. "He's a smart kid so, hopefully he can come in and pick up our system quickly."

Jones received some words of wisdom from former Bluejay and Raider and recent signee of the University of Missouri-St. Louis Jarmarcus Williams when choosing TRCC.

"He said I would definitely have a spot on the team," Jones said. "I probably would be playing a little bit of shooting guard and point guard. He told me I would really like playing for them."

Jones, the father of a three month-old son, Deonte Jr., said that TRCC is the perfect fit for him.

"I tried to stay somewhere close to my family and my baby," Jones said. "I'll be able to do what I want to do and still do what I have to do."

Jones was recently invited to represent the state of Missouri in the 22nd annual Down Under Sports basketball Tournament in Australia.

The tournament is hosted each June and July in Australia or New Zealand while athletes from the United States, Australia and New Zealand are brought together for this once and a lifetime opportunity.

"It would be a great experience," said Jones. "I'm just trying to raise money to get there."