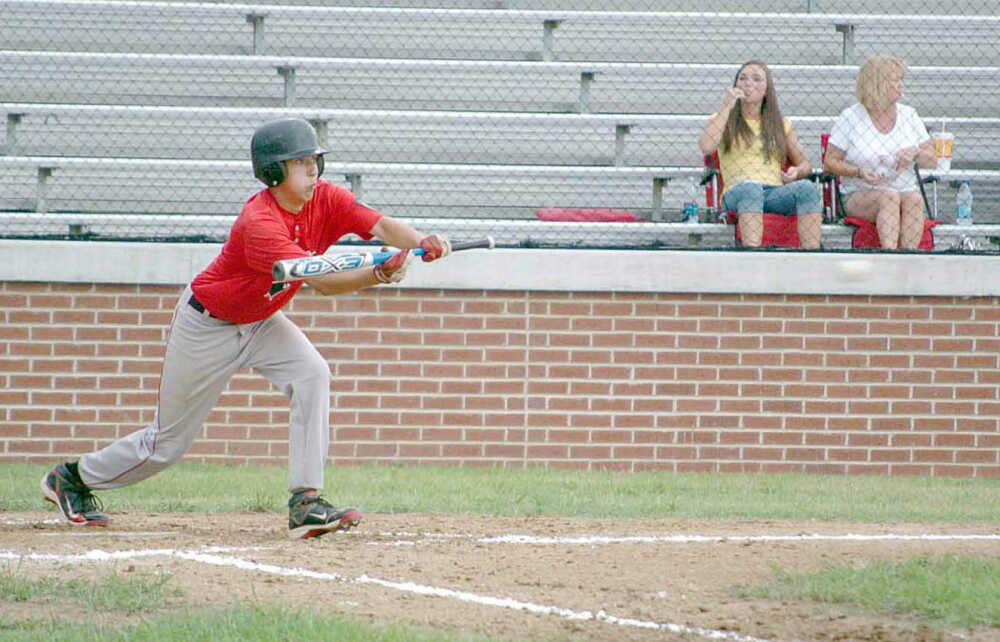 "We had the one error, but everything else we fielded and made the plays," Sikeston coach Chris Crosby said. "That's kind of been what hurt us all year is when it got tight we couldn't make the plays and it's cost us so many games.

"But today we made the plays and did a good job."

After Sikeston took a 2-1 lead in the bottom of the second, the two teams played three scoreless innings to leave Post 114 with a one-run advantage going in to the sixth frame.

Jackson would tie things up in the top of the inning, with Kendal Fay leading off with a single before advancing to third, from where he would score on a ground ball out to the first baseman.

Responding quickly, Post 114 would come up with two, clutch two out hits to give Sikeston a 4-2 edge.

First, with runners on second and third, Trey Tigart would leg out a grounder to the shortstop to score Josh Boese and leave runners on first and third.

Next up to bat, Cord Sheehy would hit a drive to deep left field, scoring Ben Freed and giving Post 114 a 4-2 advantage.

That extra run would prove to be crucial as, after getting the first two batters out in the seventh, relief pitcher Tigart would give up a solo home run to left field, leaving it a one run game.

Fortunately for Sikeston, Tigart would remain calm and, after allowing a follow up single, would strike out Chad Scroggins to close out the game.

"We have two outs and the guy can't hit a two-run home run so Trey goes after them," Crosby said. "Kid hits a home-run, but Trey comes right back throwing strikes and was able to strike the next batter out and preserve the win for us."

While Tigart earns the save, Josh Boese come away with the win. Boese pitched the fifth and sixth innings allowing one run on one hit while striking out one.

For the game Post 114 ended up using four different pitchers with all but Tigart pitching two frames apiece.

"They stayed down and got us ground balls," he said. "We had very few walks and that's the key to pitching, you have to throw strikes and make them beat you."

Post 114 posted five hits on the afternoon with Stephen Beydler leading the team with two.

Tigart, Nathan Holland and Sheehy made up the rest of the offense with a hit each.

With this being the last game before his team head in to the post season, Bryan Freed said this is a nice way to wrap things up.