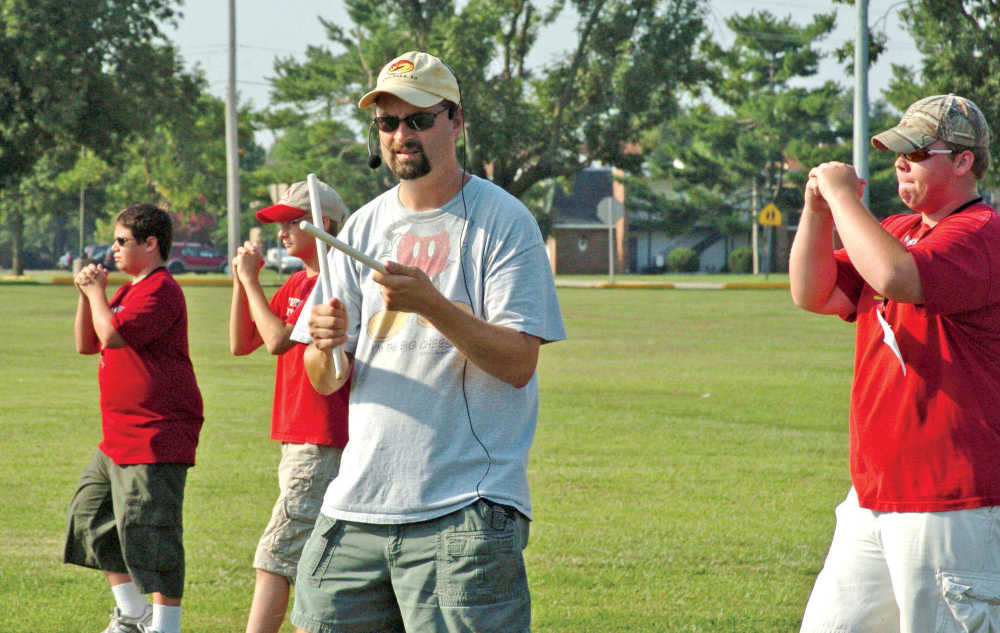 SIKESTON - The jazz music they play may be cool but the practices were hot this week as the Sikeston High School Marching Band prepared their football halftime programs.

For four days in sweltering heat, band members marched, learned their music and even managed to have some fun. That's what band camp is all about, said SHS band director Darren Steelman.

Band camp is a tradition for Sikeston High School students. It is also essential, said the director.

With their first show scheduled for the first Friday in September, there is a lot for the 90 band members to learn. "Band camp gives us a jump start on getting the show ready," Steelman said. "Our goal is that by the end of the week they can march and play through the first of the show."