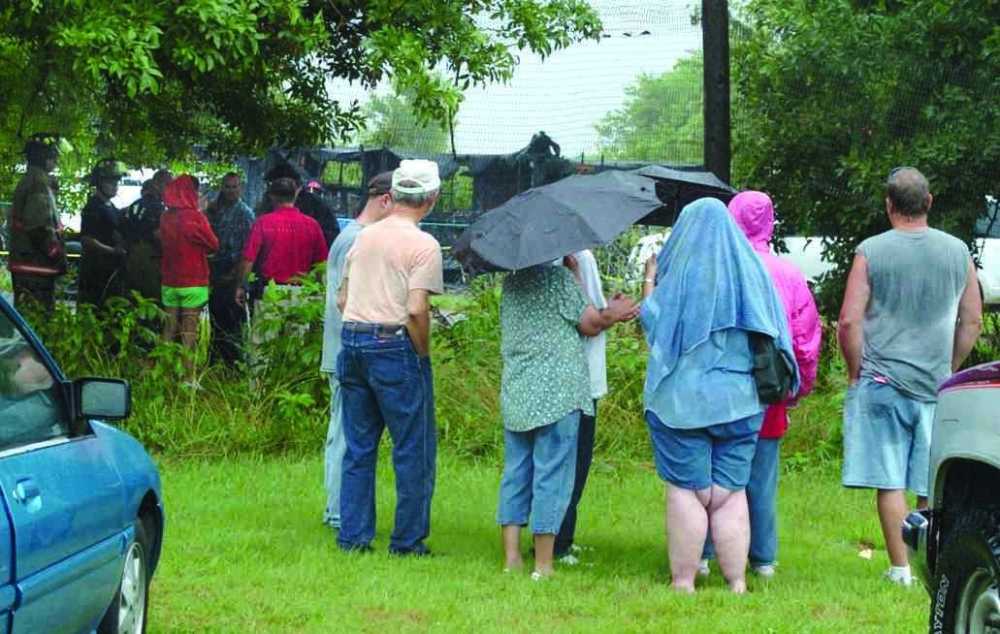 Family and friends wait in the drizzling rain early today as fire personnel sift through the remains of a house fire in an area known as The Colony, just south of Morehouse off Route E. Fire personnel were notified of a blaze at the house at 2:11 a.m. today. New Madrid County Sheriff Terry Stevens said by the time fire personnel arrived on the scene the structure was fully engulfed. According to Stevens, the four persons inside the residence all perished in the blaze. The Missouri State Fire Marshal was on the scene early today along with member of the SEMO Major Case Squad. Stevens said the case is being treated as a homicide until proven otherwise. "With four victims we thought this was the prudent thing to do," said Stevens. No further details were available as of press time.