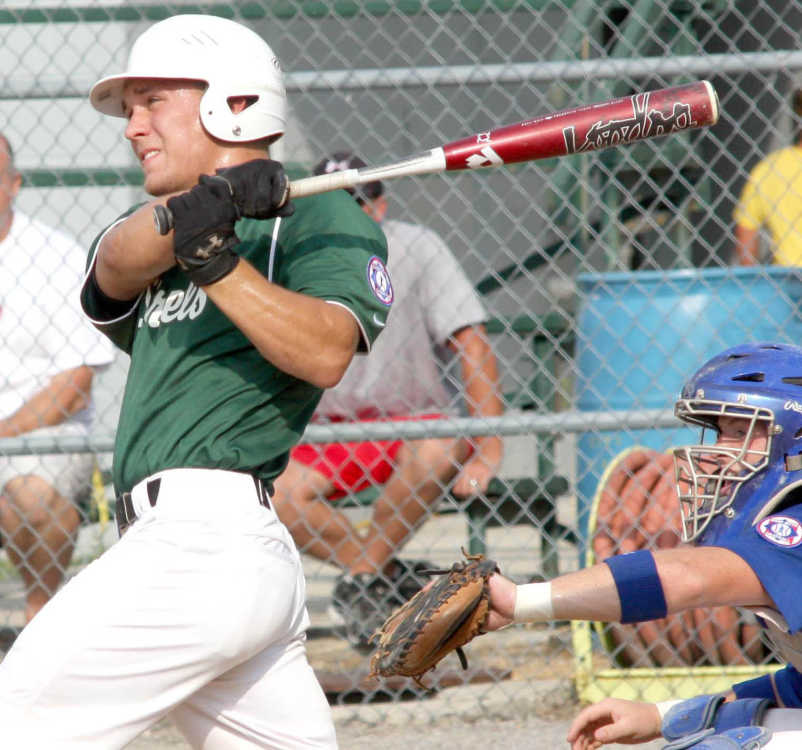 CHAFFEE -- For the second day in a row, the Charleston Fighting Squirrels made use of their potent hitting lineup to bounce back from an early deficit.

Down 4-2 at one point, the Squirrels pounded out eight runs in four inning to defeat Booneville 10-5 on Friday in the second round of the winner's bracket during the 2011 Missouri Senior Babe Ruth State Tournament in Chaffee.

"I've got a lot of confidence in the way we swing the bats," Charleston head coach Michael Minner said. "We've sat back and played for doubles and we can get those extra base hits. We were real selective and we took advantage of some walks."

The Squirrels are now sitting pretty with two wins under their belt needing just two more wins to clinch what would be their fifth Missouri state championship in the double-elimination style tournament.

"We're doing things real well right now," Minner said. "We've got to continue to swing the bats and play good defense. We're sitting pretty well with our pitching. We always talk about 'you got to win the first two to be in the driver's seat.'

"We feel like we're in a good position right now, win or lose (Saturday)."

Despite a four-run outburst by Booneville in the bottom of the second inning, Squirrels starter Mikey Russell was in complete control through five innings.

He struck out a hefty 10 batters with a crafty changeup all while facing pressure from the Booneville offense. Russell, who gave up just two earned runs of the four Booneville scratched against him, stranded five Booneville base runners -- three of which were in scoring position.

"That many strikeouts in five innings is a nice night for anybody," Minner said about Russell, who wound up throwing 97 pitches. "He threw his changeup for a strike and had guys out in front of it. He mixed his pitches well.

"He kept us in the ball game and dodged some bullets."

The Squirrels (20-17) received a jolt from Seth Childers in the top of the first inning when he connected with a no-doubt, solo home run to left giving the Squirrels a 1-0 lead.

A sacrifice fly off the bat of Jonathan Boone scoring Bobby Clark from third, who had reached on a single earlier in the inning, to give Charleston a 2-0 advantage.

Booneville, however, rallied against Russell and the Squirrels with four runs in the second.

Kyle Vanderlinden eventually scored later in the inning on a wild pitch putting them ahead, 4-2.

"Mikey got behind a little bit (in the count) and that's when he got in trouble," Minner said. "But, for the most part, Mikey was competitive."

The Squirrels got one run back in the top of the third when Clark traded places with Marshall Stallings, who had doubled to start the inning. with a double of his own to deep right centerfield.

Charleston regained their lead in the fourth inning pushing across six runs on four singles. Ethan Browning, Danny McKinney and Bryan Freed began the top of the fourth with three consecutive singles.

Freed's single scored Browning to tie the game while a walk to Stallings with the bases loaded gave the Squirrels a lead they would never relinquish. A two-RBI single by Boone capped Charleston's six-run inning.

Dalton Woodard, who came in as relief for the first time this season, began pitching in the sixth inning. Woodard surrendered one run on just one hit.

Charleston played again Saturday and if they win, will play today at 5 p.m. while if they lose they will play at 2 p.m. today as well.