Oran WWII veteran worked as a guard for Eisenhower 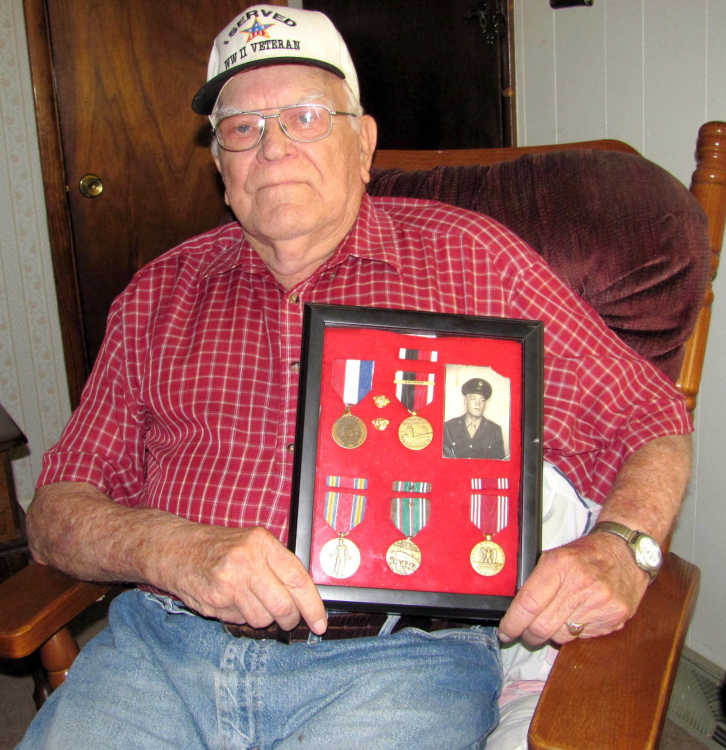 Jack Engram of Oran poses with his medals earned during his service during World War II. After serving in combat, he worked as a guard for Gen. Dwight "Ike" Eisenhower, who went on to be elected president. (Photo by Michelle Felter, Staff)

ORAN -- Not many people can say they've had a close working relationship with someone who has gone on to become United States president.

But Jack Engram of Oran can.

After serving in combat during World War II, the 85-year-old Oran man spent about six months working as a guard for the then-General Dwight "Ike" Eisenhower and his wife, Mamie, in Frankfort, Germany. Engram stood guard over one of the four main gates.