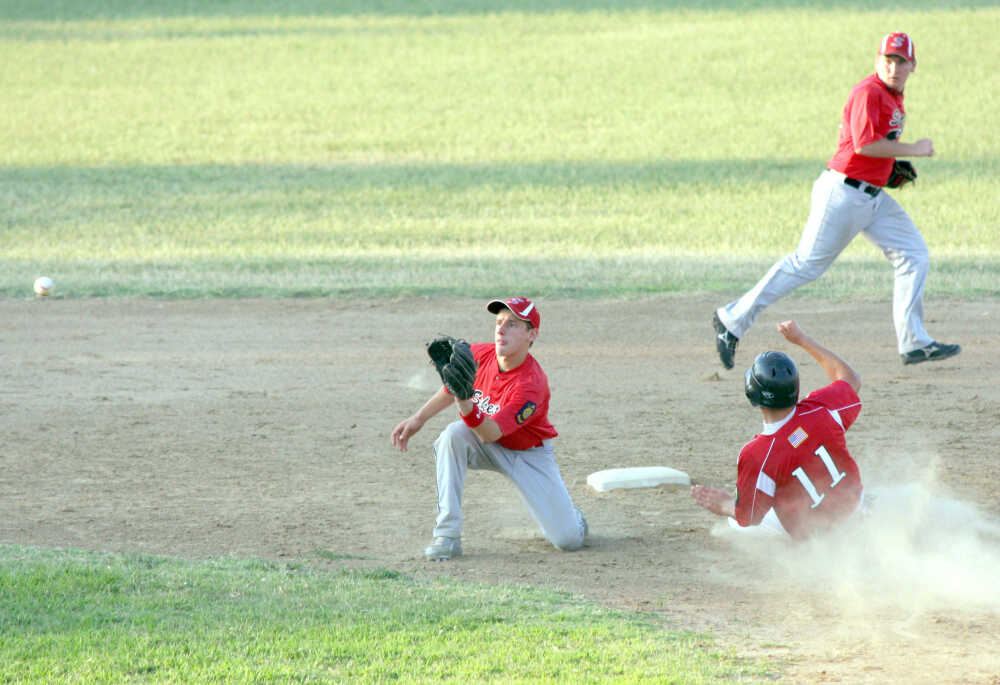 It inevitably was too big of a hill for Post 114 to climb as they fell to Jackson's Senior Legion Post 158 11-1 in the first game of a doubleheader Monday at VFW Memorial Stadium.

Cord Sheehy was given the loss for Sikeston after seven innings of work.

After Jackson's Cole Blanton singled and Alex Bolen was hit by a pitch, Heisserer belted the first of his two bombs to give Post 158 an early 3-0 advantage. An RBI double by Chase Summer as well as a run-scoring single by Blanton put Jackson ahead by five runs before Sikeston had their chance at the plate.

"We just have trouble doing some routine things," Post 114 head coach Alan Scheeter said. "We don't think we have to back up certain plays or hit cutoff men and a lot of that has to do with some kids playing out of their normal positions. Which is something we have to do."

Although he allowed five runs out of the gate, Sheehy calmed down and strung together back to back scoreless innings until the fourth when Jackson tacked on their sixth run. Kyle James knocked in Bolen, who reached with a double earlier in the inning, with a single.

"Cord settled down a little bit after that first inning," Scheeter said about his starting pitcher. "I'm not sure if he got loose enough to start the game. But once he settled down he was able to spot his curveball, keep them off balance."

After Sikeston scored their only run in the first game, Heisserer hit his second three-run home run in the fifth inning to the opposite field over the right field fence to give Post 158 a commanding 10-1 lead.

Sikeston's Gavin O'Brien began the fourth inning with a leadoff single which was followed by another single from Austin Hatchel. A sacrifice fly off the bat of Jayshawn McDaniel gave Sikeston their one and only run.

"We need somebody on the team to step up and sincerely take control," Scheeter said. "Someone needs to step up and say 'Guys, we need to start playing.' We're better than what we show. We just haven't had that and if we don't get that at some point, it's going to be a long next two to three weeks before our season is over."

Sikeston gained some revenge however in the second game Monday coming up with a 5-3 win behind the efforts of McDaniel on the mound.

"Jayshawn threw well," Scheeter said. "We hit consistently and swung the bats a little better to give Jayshawn some run support."

Facing a three run deficit, Sikeston stormed back with one run in the second, three in the third and one more in the sixth to split the doubleheader with Post 158. Jackson scored all three of their runs in the second inning.

"I was glad to see us come back in the second game," said Scheeter. "Glad we didn't rollover after the first and just hand them the second one."

Sikeston, whose record is now 3-16, will host the Jackson Senior Babe Ruth team today at 6 p.m.