Little Theatre's new season gets under way with 'Rainmaker' 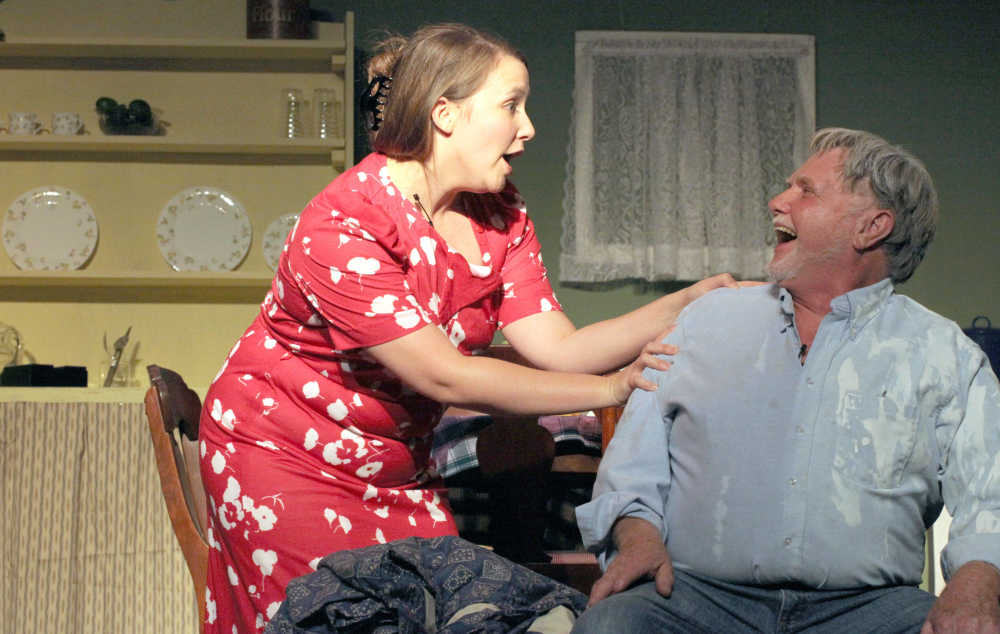 SIKESTON -- The first show of the 2012-2013 season of the Sikeston Little Theatre promises romance, comedy and something Southeast Missouri residents can relate to -- the need for rain.

Performances of the "The Rainmaker" are set for 7 p.m. Thursday through Saturday and 2 p.m. Sunday at the Albritton Mayer Cultural Center in Sikeston.

"This play has a full range of emotions. It's delightful yet emotional. It's very tense at times yet spotted with comedy and should be thoroughly enjoyable for all ages," said Tom Jackson who is directing the play with assistance by his 17-year-old daughter Caroline Jackson, who has acted in and directed productions by the Little Theatre.

"She's a wealth of information to draw on," Jackson said of his daughter. "This is not a one-man show."

Jackson called his experience working with the six-member cast a wonderful one.

"The cast in this play is made up of mostly veterans who are terrific actors and actresses. They can put on a great show. We have some really great newcomers, too," said Jackson, who also serves as vice president of the Little Theatre Board.

"It's always kind of exciting, and it's nice to get the season started off with something good," said veteran performer Ken Shields, who has been in the Little Theatre for over 30 years and is a board member. "This is a good play and it's been around for quite a while. It's nice to get people interested in the theater -- especially early in the season."

The three-act romantic comedy by Richard Nash takes place in the American West during a time of great drought and fading hope for a once thriving cattle ranch.

The story is about a father, HC, and his sons Noah and Jim, who are not only concerned about their dying cattle but also their sister, Lizzie, who is becoming an old maid. Her family's schemes to marry her off have failed, and she sees herself as an unmarried woman forever. With seemingly no relief from heat and no remedy for Lizzie's future, in comes Starbuck, who claims to be a rainmaker. He promises rain in exchange for $100, and the father consents the notion of much-needed rain.

Tickets are available at Collins Music in Downtown Sikeston or at the door before each performance at the Sikeston Little Theatre.