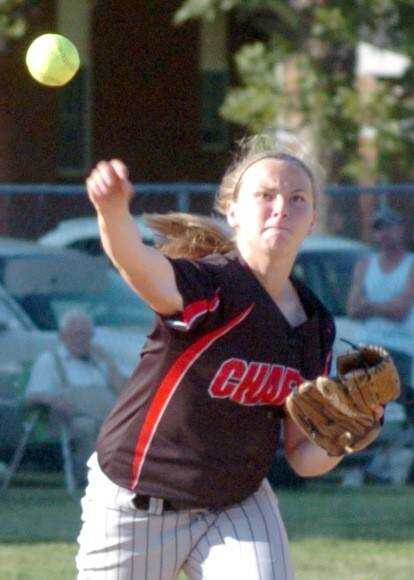 PERRYVILLE -- The Chaffee Lady Devils let a two-run lead slip away late in the game Wednesday against St. Vincent in a 10-9 loss.

Leading 9-7 after the top of the sixth, St. Vincent scored three runs in their half of the sixth to pull away.

Julia Sutterfield led the Lady Devils with three hits, including a double. Kaitlyn Miller and Sierra Crites each went 2 for 4 with Crites adding a double.

Adrienne Eichhorn and Kaitlin McFerron chipped in with doubles for Chaffee as well.

Chaffee (6-9) will be on the road once again today to take on Van Buren.

Spriggs struck out seven Jackson batters and walked just one.

PERRYVILLE -- Although the Kelly Lady Hawks left 12 runners on base, they still managed to pull out a 4-1 win over Perryville Wednesday.

Kristi Brucker earned the win after 4 1/3 innings in the circle, striking out 10 batters and allowing one run on three hits.

Alexis Dock picked up the save throwing the last 2 2/3 inning allowing one hit and striking out 4.

Perryville cut Kelly's lead to one run after the fifth inning, but the Lady Hawks, who had 10 hits, added two more runs in the sixth to put the Lady Pirates away.

Both Dock and Brucker had two hits for Kelly, as did Jessica Worth, who went 2 for 4. Samantha Ratledge led off the game with a triple.

Kelly (14-1) will be off until Saturday when they travel to Imperial to take part in a tournament at Seckman High School where they will play four games.