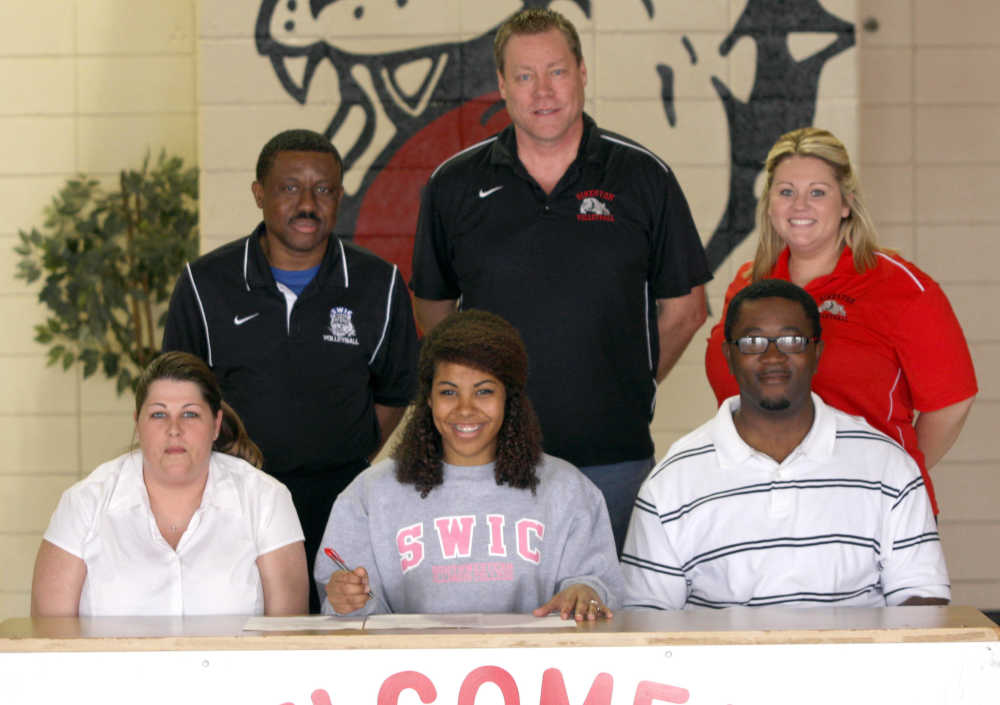 SIKESTON -- She set records with the Sikeston Lady Bulldogs and now, Trenice Greer will be taking her powerful arm and volleyball skills to the next level.

"I went to play with the girls and I really liked them," Greer said about her decision to sign with Southwestern. "They were very welcoming and coach (Thomas), he's just awesome. I'm really excited to start playing."

Greer was undoubtedly Sikeston's most consistent offensive threat last season. The senior amassed 300 kills for the year which broke the school record for most kills in a single season. She had a kill average of four per game using a swing almost no one wanted to get in front of.

"Trenice, like many players, has progressed each year," Sikeston head coach Steve Beydler said. "In the last two seasons, we've really focused on her in our offense. Moving her to the next level where she's surrounded by other very good players, I believe it will challenge her and push her to where she can become an even more powerful of a hitter. She's one of those players where other coaches ask about. She's going to be sorely missed and hard to replace."

Not only did Greer dominate Sikeston's offense she was a vital part in setting up her teammates as well.

In a rare hybrid combination, Greer totaled 244 assists (3.3 per game). It's rare to have a player do both on the court, which caught the eye of Southwestern coach Warren Thomas, who is entering his first full year as the head volleyball coach for the Blue Storm.

"I was able to get a good look at her during one of our tryouts and I was really impressed," Thomas said. "She's a good outside hitter and she's also able to set. I'm planning to run a 5-1 and not really use her as a setter, but she definitely keeps that option open with the skills she possesses."

Southwestern Illinois is a junior college that participates in the Great Rivers Athletic Conference (GRAC). Thomas and the Blue Storm are in a bit of a transition when it comes to the volleyball program. SWIC finished the 2012 season with an 11-24 record.

Thomas is beginning his first full year at the helm of the Blue Storm, which means he's trying for the best available recruits he can find.

"She's a perfect fit," Thomas said. "This will be my first full season with SWIC and in the past few years the program hasn't been as high. My position is that I'm going to promote it as best I can to get top rated players into our program. She's just the start of this."

"I feel like we're starting a new foundation," Greer said. "We have a lot to build on and I feel like we can get better and better."

Greer was selected as an all-region, all-conference and all-district player after her senior campaign. She plans to major in nursing once enrolled after high school.