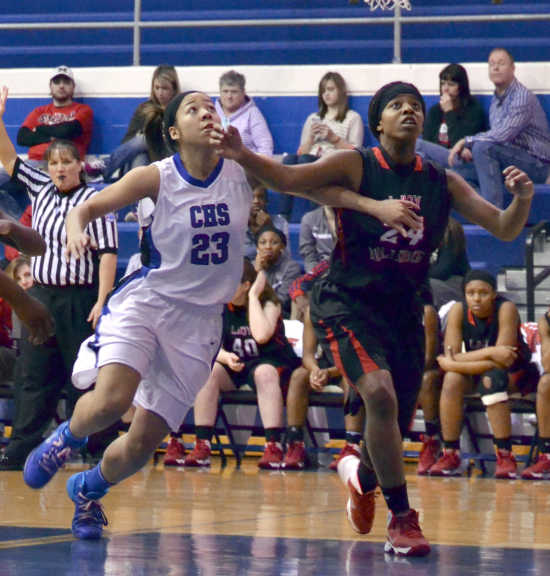 CHARLESTON -- Three games in four days is no easy feat, but the Sikeston lady Bulldogs finished off their week with two straight wins to reach the .500 mark on the season.

Their latest conquest came Thursday when they took down host Charleston for a 64-46 win that was led by Erica Peet's 20 points.

"This has been a long week," Sikeston head coach Matt Schonhoff said. "It's been a very physical week with the games we've played, but I tell what, they competed about as hard as you can compete tonight. It was a total team effort.

"We got in some serious foul trouble and we had some girls that stood up and got some big shots in the third quarter and did some unsung-hero-stuff for us."

After the two squads played neck-and-neck for the first 12 minutes of the contest, Sikeston started to pull away late in the second quarter. Nichols knocked down a pair of free throws to turn a two-point lead into four with 3:07 left in the half. The Lady Bulldogs closed out the half on a 10-0 run to lead 32-21 at the break. 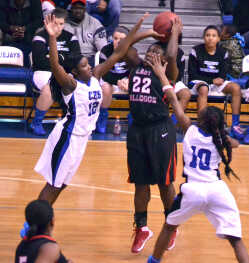 Back-to-back baskets from Peet got Sikeston going in the second half as they'd open up the third quarter on an 8-1 run. A Dominique Roach layup put Sikeston ahead by 18 points with 5:42 left in the third and their lead never shrunk back into the single-digits.

"We wanted to pressure and we changed up our press a little bit to guard against Sierra (Frazier's) speed," Schonhoff said of his team's third quarter surge. "We mixed it up a little bit and got some good results. We got them in foul trouble and I thought from the second quarter on we hit some free throws and shots when we needed to."

Sikeston's advantage was cut to 16 points, 50-34, entering the final period, but they went on to outscore the Lady Bluejays 14-12 in the final eight minutes to hold on for the win.

One area that killed Charleston was their fortunes at the free throw line. They finished hitting on just 16 of 41 attempts (39 percent), including a 5 of 22 (22.7 percent) effort in the first half.

In comparison, Sikeston shot 18 of 31 (58 percent) from the foul line on the game, including a 9 of 10 performance in the fourth quarter. 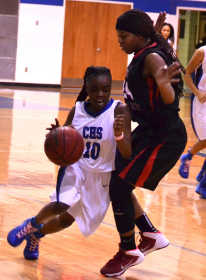 "You're not going to win many games like that," Lady Bluejays' head coach Josh Thompson said of his team's night at the charity stripe. "That's a fixable thing. We walked with the ball a few times too. We were a little bit more open than we thought we'd be. It's the first time we've had that happen all year. I'd like to have won.

"Sikeston is a really good team, but I'm going to take the positive out that the kids came out and competed hard. We compete hard like that, we'll have a really good shot at winning our district."

The win moved the Lady Bulldogs to 10-10 on the season and represents their fourth victory in their last five games.

Charleston drops to 11-9, having dropped three of their four games. They're in the midst of a stretch where they play seven games in just 10 days.

Leading Sikeston with 20 points, Peet had 13 points in the second half and went 8 of 11 at the free throw line. Tyra Bonner was second on the squad with 12 points and Nichols finished with nine points.

For the Lady Bluejays, Frazier scored a game-high 23 points and Cheyenne Randle pitched in 11 points.

"It was the best effort we've had in a long time," Thompson said. "We competed really hard all game. We did some things we've been adding in to get ready for districts that we haven't done all year and our girls responded really well."