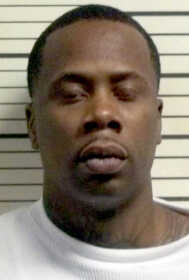 CHARLESTON -- A Memphis, Tenn., man now has an additional felony charge after lying about his identity to county jail staff.

Martinez Marquette Warren, 37, was charged Monday with forgery, a class C felony, on a case that began in mid-January, according to a news release from Mississippi County Sheriff Keith Moore, when Warren was brought brought in by sheriff's deputies to the Mississippi County Detention Center to be held on burglary and stealing controlled substances charges in two area counties.

During intake process, Warren identified himself to a corrections officer as Keith Marquett Warren and was booked into the facility under that name, even signing Keith M. Warren at the bottom of a booking report printout after reviewing it for correct information.

The following day, after becoming suspicious when the man couldn't remember his date of birth, Deputy Cory Hutcheson, jail administrator, electronically submitted the man's fingerprints to the Missouri State Highway Patrol and Federal Bureau of Investigation.

For the complete article and more stories from the Standard Democrat, log in to our electronic edition.