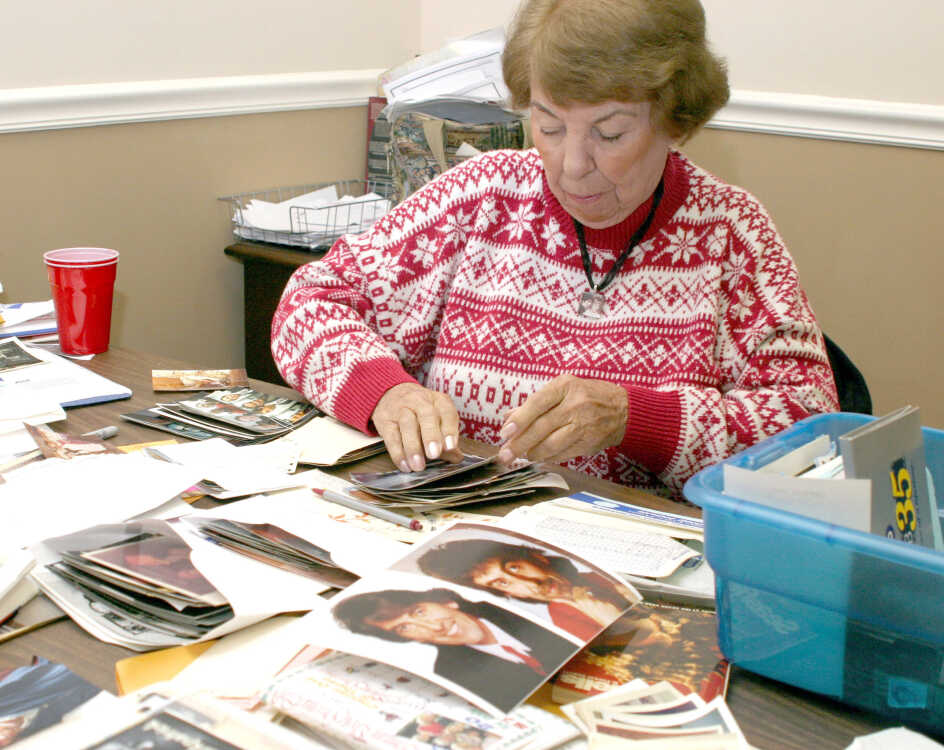 Selecting photographs for "My Kid Brother's Band, aka The Beatles," has been no easy task for Louise Harrison, older sister of the late George Harrison: there are easily enough photographs to publish a book featuring just pictures. "We may have to do that," Harrison said. "It would make a nice follow-up," said Douglas Sikes, owner of Acclaim Press in Sikeston. The autobiography will be published as a six-by-nine inch hardcover book. While the length is not set yet, it should end up being about 300 pages, according to Harrison. (Scott Welton, Staff)

SIKESTON -- Lots of people can tell stories about a little brother's adventures playing in a band. Of course, those stories are a whole lot more interesting when the band is The Beatles.

"My Kid Brother's Band, aka The Beatles," an autobiography by Louise Harrison soon to be released by Acclaim Press in Sikeston, isn't the first time Louise Harrison, 82, has shared some of her experiences being the big sister to George Harrison.

As part of the Liverpool Legends show which features a Beatles tribute band managed by Harrison, she takes time between music sets to "chat with the audience and take questions" and has done many print, television and radio interviews over the years.

But she has never until now attempted to collect those memories into a book. "My life's been so hectic," Harrison said.

For the full story, see our e-edition.