3 Charged with Murder in Jerrolds Shooting 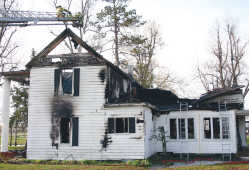 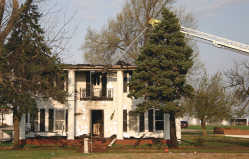 PORTAGEVILLE- Three men have been arrested on murder charges in connection with the death of Roy Jerrolds.

According to the probable cause statement, Pind admitted to investigators that he went to Jerrolds' house and was let in the back door. Pind and Jerrolds were watching TV when he got up and shot Jerrolds in the head three times, according to court documents.

Jerrolds' items that were stolen included firearms, his iPhone, an electronic tablet and laptop, an unknown amount of cash and his truck.

Investigators say Pind admitted to stealing guns and electronics from the home, stealing Jerrolds' truck and setting the curtains on fire.

Investigators say the stolen truck was found near the Noranda plant. A digital camera with a video clip of Jerrolds was found at Pind's home.

All three were booked into the Pemiscot County Jail in Caruthersville with no bond.

Police say all three will be arraigned in Circuit Court Division 2 before Judge Byron Luber on April 21 at 10 a.m.

As a result of the Investigation, a number of stolen items have been recovered at 30-year-old Phillp Laws' home in Marston, Mo. Pind told officers he went to Pilot truck stop, got something to drink and unloaded the items at Laws' home.

Laws and 21-year-old Hanna Crumley were both charged with receiving stolen property. Both were being held in the New Madrid County Jail.