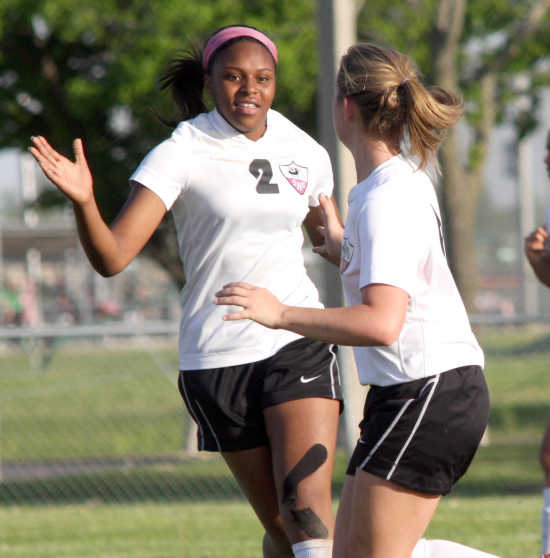 SIKESTON -- Though Senior Night is usually a time for veterans to shine, Sikeston was boosted by rookies and an up-and-coming goal scorer. 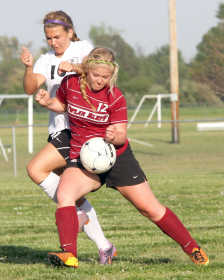 "It's been some growing pains throughout the season but they've bought in to what I've wanted to teach them," Sikeston head coach Gabe Dement said about his young team. "They've worked hard throughout practices and games and have learned a lot throughout the year. I can see the progression as we go through the year."

Sikeston (10-10) utilizes a youthful scoring attack with Kuykendall and fellow sophomore Torrie Helms leading the way. Kuykendall added to her team-leading 11 goals Monday while Helms, who is tied for second with nine goals, picked up two assists which makes nine for her on the season. McClellon's two goals gave her nine total so far this year.

"They just work hard," Dement said about his young forwards. "They may not have everything worked out mentally yet and they're working towards that, but one thing they do have is the effort out there on the field."

In a span of one minute, 18 seconds, the Lady Bulldogs were up by two goals.

With 16:48 left in the first half, Kuykendall struck with the first of her two goals on the evening. Moments later with 15:30 showing on the scoreboard, McClellon punched one in to give the Lady Bulldogs a commanding two-goal lead they would hold until halftime. 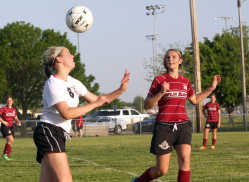 "When you score a goal, sometimes the other team will get down and that picks you up," said Dement. "That can sometimes cause goals after goal to come. Your spirits are lifted as where their's is down."

The same quick-strike method worked for Sikeston early in the second half when McClellon found the back of the net for the second-straight time to make it 3-0 with 25:17 remaining in the game. Kuykendall responded with her second goal between the legs of Poplar Bluff keeper Courtney Raulston one minute and 37 seconds later.

"I thought we worked the ball really well and had a lot of chances to score," Dement said. "We played feet and looked to possess the ball instead of playing kickball. The direction we're trying to go is to attack the ball by playing feet not just kicking it up there and running."

Poplar Bluff (3-15) struggled keeping the ball away from their own net and, offensively, were limited in shots on goal. The Lady Mules continue their search to find the net on a consistent basis burdened by just two goals in their last eight games.

"We came out a little flat," Poplar Bluff head coach Nicholas Toniazzo said. "We probably weren't as prepared as we needed to be so I take the blame for that. But, we came out in the second half a little more aggressive but the same result."

Sikeston will go on the road to Farmington today for a district and conference matchup with varsity starting at 4:30 p.m.