Man charged with stealing $8,000 in jewelry 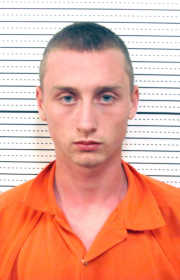 BENTON - A Jackson man is facing charges in connection with the theft of an estimated $8,000 worth of jewelry.

Alex Anthony Ressel, 20, is charged with the felonies of second degree burglary and stealing.

On Sunday, Corporal Justin Wooten with the Scott County Sheriff's Department took a delayed report of a burglary that occurred in early October at a residence on State Highway PP near Scott City.

According to a news release from Scott County Sheriff Rick Walter, the victims were identified as family members, who provided information that Ressel was the perpetrator of the crime. It was alleged that Ressel enter the residence while the family was on vacation and stole the jewelry.

Ressel turned himself in at the Scott County Jail requesting to speak with a deputy. After Wooten advised him of his Miranda Rights, "Ressel admitted to unlawfully entering the residence and stealing the jewelry which he later sold at a Cape Girardeau pawn shop for approximately $100," Walter said.

Detective Staff Sergeant Branden Caid assisted with the recovery of the stolen jewelry. All items were recovered, the Sheriff reported.

Ressel was released on a criminal summons and is to return to court at 9 a.m. Nov. 18.

Anyone who has information regarding any crimes in Scott County is asked to contact the Scott County Sheriff's Office at 545-3525, or leave a message on the crime tip line at 1-866-210-4322.