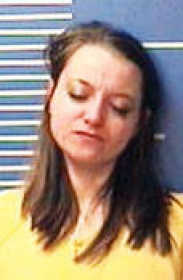 SIKESTON - A woman who robbed a convenience store armed with a butcher's knife was quickly taken into custody with the assistance of the store's staff and patrons.

According to Capt. James McMillen, Department of Public Safety public information officer, at 9:10 p.m. Saturday, Sikeston Department of Public Safety received a call of a robbery at Quick Check II convenience store, located at 206 E. Center, just a block from DPS headquarter. Upon arrival, officers found a disturbance in the parking lot between a woman, later identified as Carr, and the clerks and some patrons.

The employees of the store told officers Carr had just robbed the store with a large butcher knife.

For the complete article and more stories from the Standard Democrat, log in to our electronic edition.