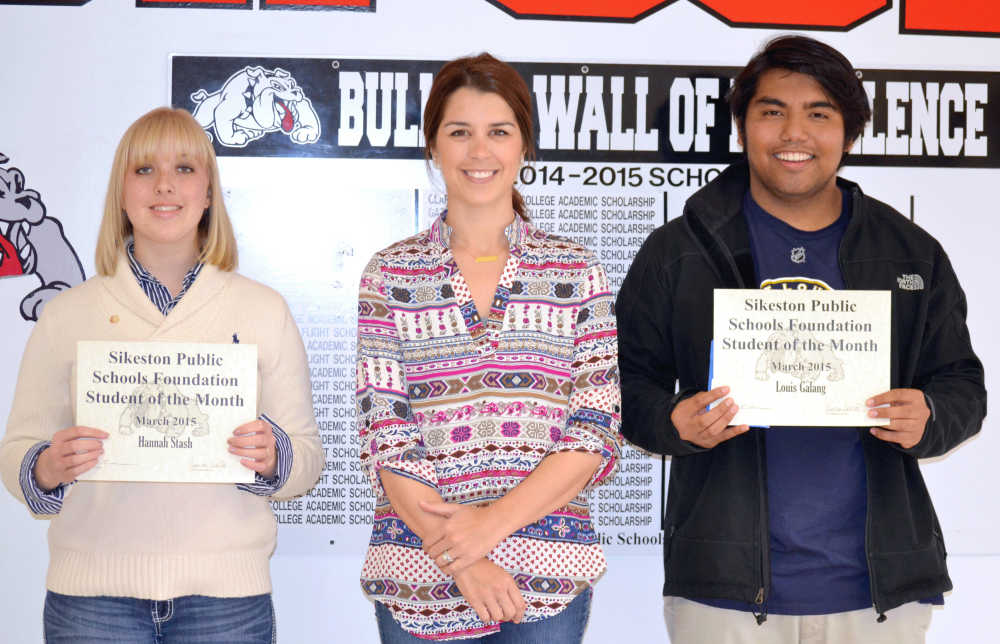 Sikeston Public Schools Foundation, which sponsors the monthly program, names a male and female senior each month. Character, leadership, service, citizenship and scholastic ability are criteria used to select one "Student of the Year" at the end of the 2014-2015 school year.

Stash is the daughter of Michael and Beverly Stash. She is the flute section leader in the marching band, a pianist in jazz band and alto saxophonist in concert band. She is a member of symphonic band and the National Honor Society and is in the top 10 percent of her class. She also serves as Key Club editor and attended Missouri Girl' State and participates in the A+ Program. Her hobbies include writing, playing the piano, cooking and politics.

Galang, who is the son of Roy Galang and Daisy Galang, is a member of DECA, Link Crew, Student Council, Academic Letter, Bums, Junior Optimist Club, Speech and Debate and FCA. He enjoys traveling, drawing, fishing, volunteering, playing basketball and playing the guitar.