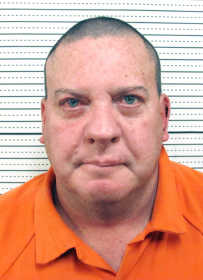 BENTON - A Kelso man is in jail after chasing his family members with a firearm.

Bradley A. Miller, 50, is charged with the felony of unlawful use of a weapon and misdemeanor domestic assault.

On Sunday, Scott County deputies responded to a Kelso residence following a report of a domestic disturbance in progress. At the scene deputies met with one of Miller's family members, who stated he had been in an argument earlier with Miller. The victim stated he left the residence but returned after another family member called him and asked him to come back, because she was scared of Miller, according to Scott County Sheriff Rick Walter.

"The victim stated when he returned, Miller pulled into the driveway with his vehicle. Miller exited his vehicle and had a firearm. Miller threatened the victim and was pointing the firearm at him," Walter said in a news release.

Miller started chasing the victims around a vehicle while still pointing the firearm at them, Walter reported.

Another family member arrived and spoke with Miller, who then took the gun and broke it by striking it against a pole, the Sheriff said. When Miller began walking away, two of the relatives grabbed him and held him until the Sheriff's deputies arrived.

Miller remains in custody at the Scott County Jail with bond set by the court at $5,000 cash or surety and no contact with the victims.