SHS seniors are recognized for character and leadership 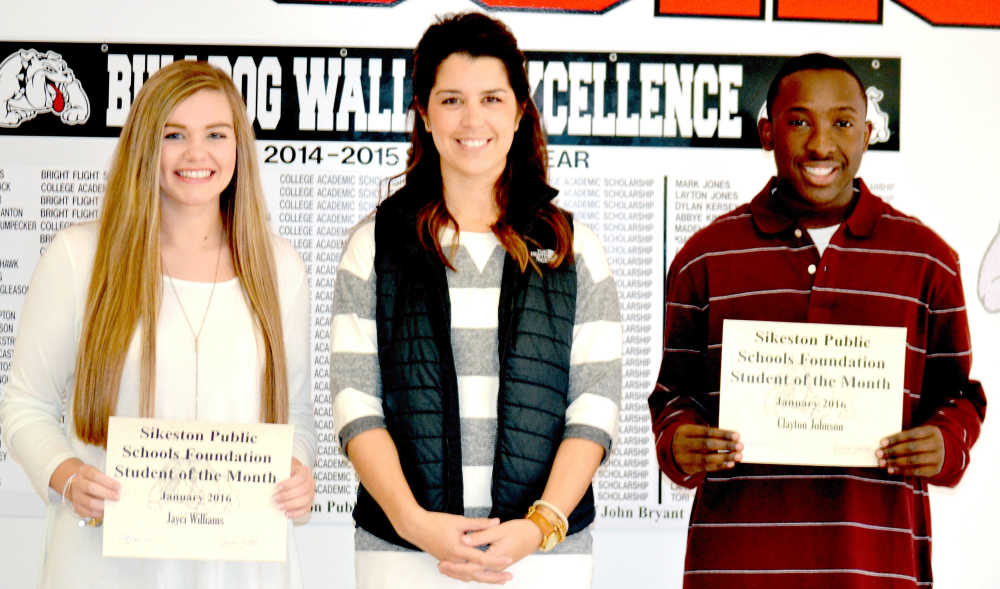 Sikeston Public Schools Foundation, which sponsors the monthly program, names a male and female senior each month. Character, leadership, service, citizenship and scholastic ability are criteria used to select one "Student of the Year" at the end of the 2015-2016 school year.

Williams is the daughter of Jeff and Kristi Williams. She is a Red Pepper Cayenne, Student Body secretary and a member of Student Council, National Honor Society, FTA, FCA, DECA and the Barker staff. Her hobbies include working out, watching Netflix, shopping, cooking and hanging out with friends and family.

Ray, who is the son of of Carolyn and Norman Cole, is a member of Student Council, Link Crew, FTA, National Honor Society, Jazz Band and Marching Band. He serves as the senior class president and is a varsity track runner.