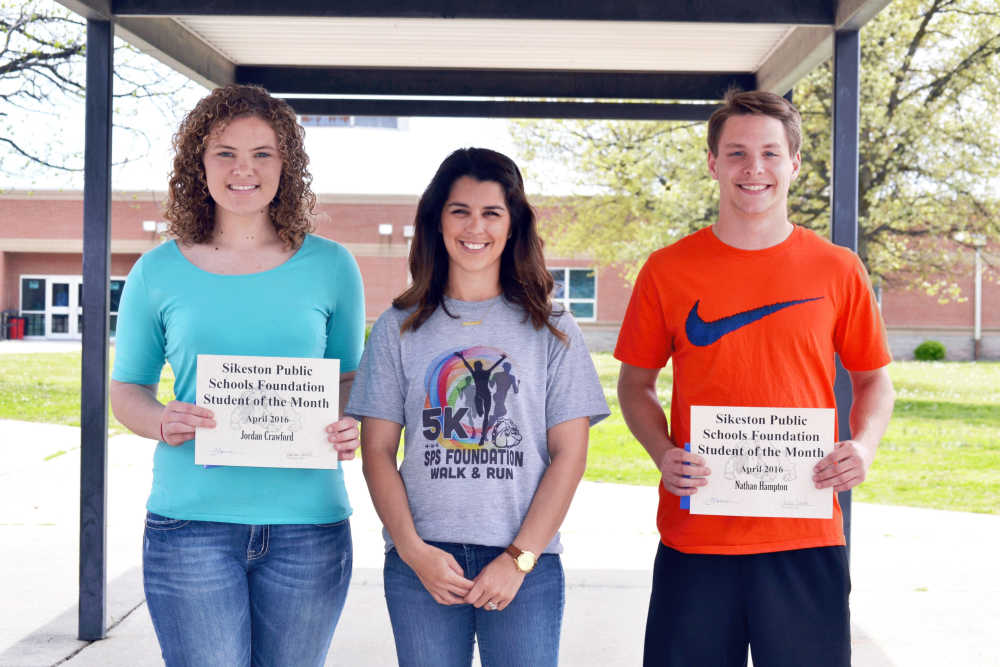 Sikeston Public Schools Foundation, which sponsors the monthly program, names a male and female senior each month. Character, leadership, service, citizenship and scholastic ability are criteria used to select one "Student of the Year" at the end of the 2015-2016 school year.

Crawford is the daughter of Misti and Steve Crawford. She is a member of ASTRA, Red Peppers, National Honors Society, FCA. She is also throws shot and disc for track and is a bass player in the orchestra. In her spare time, she enjoys reading, volunteering at church, singing and playing bass. She plans to attend Union University in the fall where she plans to major in pre-medicine with a minor in music therapy.

Hampton, who is the son of Kendall and Glenda Hampton, is a member of the Bums. He played varsity football all four years and was the quarterback and kicker. He played baseball in grades 9-11. His hobbies include playing football and mini goal, doing push-ups and mowing lawns.