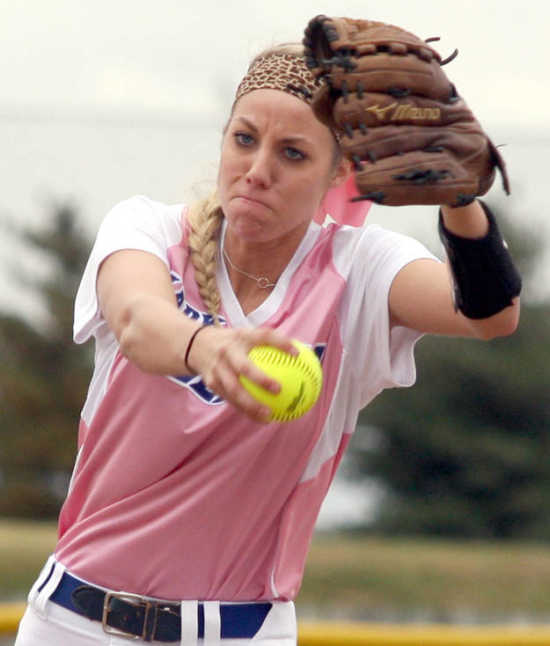 Portageville's Taylor Tiffany delivers a pitch against Lathrop during the Class 2 semifinals at the Killian Softball Complex in Springfield. (Chris Pobst/Standard Democrat)

Taylor Tiffany is one of the most dominant pitchers this area has seen. She holds state records and lifted the Portageville softball team to never before seen accolades with her powerful right arm.

This is her second Standard Democrat Softball Player of the Year honor in as many years.

Tiffany struck out 404 batters during the fall season breaking her own single-season strikeout record from last year. She finished her three-year career at Portageville with 1,056 strikeouts giving her the fourth-most strikeouts in Missouri history.

She led Portageville to its second consecutive third-place finish during the Class 2 Fall Championships with a 24-5 pitching record. She also led the Bulldogs at the plate with a .421 batting average with 21 RBIs, three home runs, two triples and eight doubles.

Marissa Worth, Kelly, So.

Players represent both the fall and spring seasons.