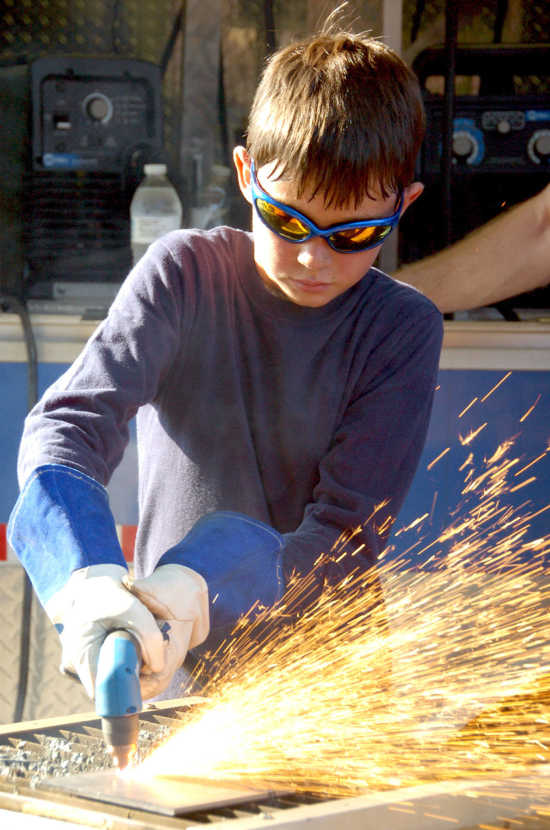 SIKESTON -- The only thing higher than the temperature was the enthusiasm.

Despite thermometer readings in the mid 90s, approximately 50 Boy Scouts gathered around flaming coals, dodged sparks from cutting torches and donned heavy coats and gloves for a chance to weld.

The word of the evening as they moved from station to station seemed to be "awesome!" 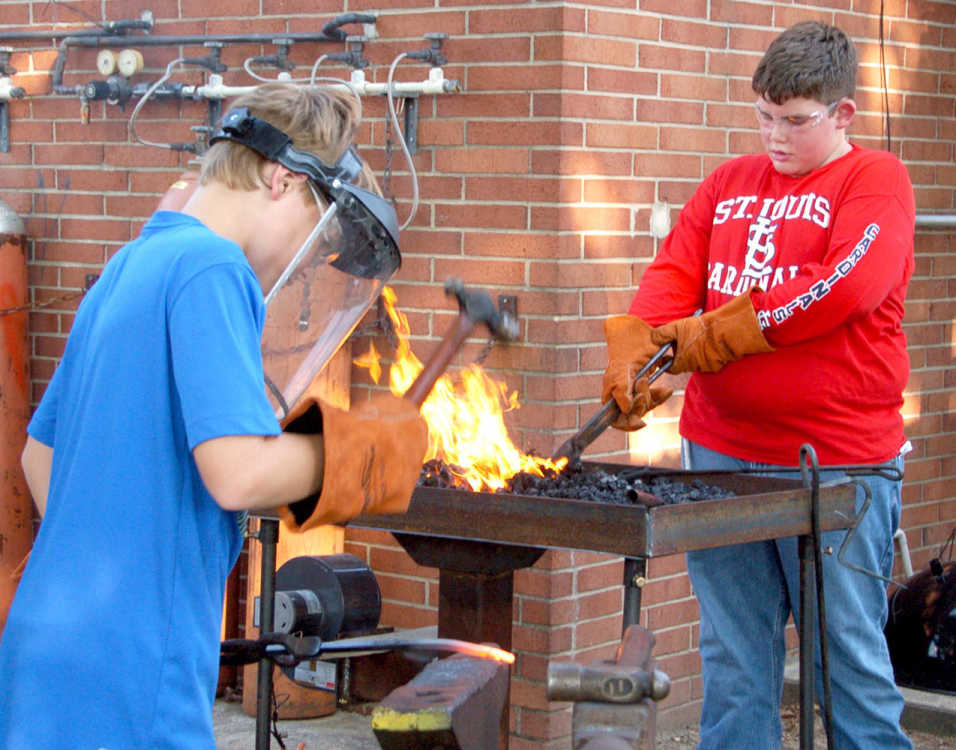 David Johnson heats up metal at the forge while Timmy Burton begins hammering a piece of a metal into a shepherd's crook. The Scouts were taking in a merit badge camp at the Sikeston Career and Technology Center. Jill Bock, Staff

For the fourth time in the past five years area Boy Scouts gathered at the Sikeston Career and Technology Center to earn merit badges in welding and metal work. Thursday evening's event brought together Scouts from troops in Sikeston, Charleston, Cape Girardeau and Kennett.

This year's event was coordinated by Troop 4041 in Sikeston with the assistance of Brent Trankler with the SCTC welding program and Scott Crumpecker, Troop Committee chairman and a former Scout master.

In putting the event together Trankler sought to give the young participants the opportunity to try out a variety of skills as they each created something of their own.

There was oxy acetylene cutting, where each Scout cut out a shape such as a heart or star. Moving to another station, participants used a cutting torch to cut their name or initials into a plate while others welded together a small 3D deer. At the blacksmith's station, Troy Riley helped them create a shepherd's crook.

Several companies brought in special displays and personnel to demonstrate some of the skills. The Miller Travel Trailer Display enabled students to go through several activity stations. Lincoln Electric provided a welder simulator where Scouts - and even some of the adults - tested their skills virtually, much like a video game.

For the complete article and more stories from the Standard Democrat, log on to the electronic edition.