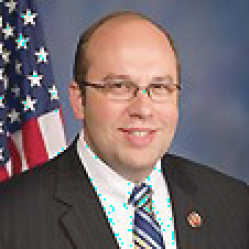 WASHINGTON, D.C. – Last week, Rep. Smith congratulated the White House on the President’s plans to place new trade protections for domestically made aluminum and steel, helping to bring back thousands of American jobs in those industries. Specifically, President Trump announced his intent to crack down and reduce foreign aluminum imports flooding the U.S. markets with new trade enforcement measures. The President’s announcement followed the recommendations of Smith who was at the White House as recently as Tuesday discussing this issue. Smith also met with President Trump at the White House earlier in February to discuss what can be done to support the U.S. aluminum industry.

“I am proud I could help President Trump come to a decision and take action to rejuvenate the American aluminum industry,” said Congressman Smith. “With the President’s leadership, the aluminum industry in places like the Bootheel can be poised for a comeback.”

Smith has a strong record of fighting for domestic aluminum production. In 2016, Smith led a bipartisan initiative that called for an investigation of factors affecting the global competitiveness of the U.S. aluminum industry, including overproduction and subsidies in other countries. Smith stood with President Trump in the Oval Office in 2017 to sign the order expediting the conclusions of that study which were subsequently released in February 2018 and showed the impact unfair foreign practices have had on the American aluminum industry.

“I have been pushing for the needed changes in U.S. trade policy, the needed regulatory relief and changes to our tax code because I know the domestic aluminum industry can be viable once again, and there is no better place than right here in southern Missouri,” said Congressman Smith.

In 2000, there were 22 aluminum smelters in the United States, and now there are only two fully operational facilities left. Noranda Aluminum in New Madrid was one of those forced to close. In that same time period, China’s share of worldwide aluminum smelting market has grown from 11 percent to now 55 percent.

“Watching the Bootheel lose more than 900 good-paying jobs was flat out heartbreaking,” said Congressman Smith. “Even worse was knowing that an unfair playing field and over production in China were major contributing factors. But I am encouraged by President Trump’s efforts. Actions like the one he announced planning to take today are the start of revitalizing and reinvigorating the American aluminum industry.”

“American manufacturers are ready to compete, but we have to make sure the playing field is level,” said Congressman Smith. “President Trump’s announcement is a strong step forward that will stop foreign countries’ unfair trade practices and create a level playing field for our hard-working American aluminum manufacturers.”