Ex-ministers appeal heard after being convicted of trying to have wife killed; defrauding mother 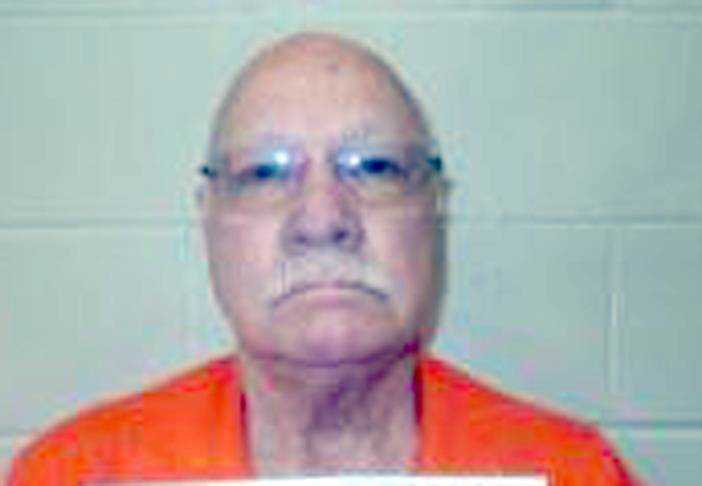 SPRINGFIELD, Mo. -- An appellate court heard oral arguments last week in the case of a former Bloomfield, Mo., pastor who is serving a 50-year sentence after being convicted of attempting to kill his former wife and defrauding nearly $87,000 from his now deceased mother.

On behalf of Donald Lafferty, Poplar Bluff attorney Dan Moore filed a two-point appellate brief in August with the Missouri Court of Appeals, Southern District. He requested oral arguments be presented before the court in the case.

In his brief, Moore alleged the trial judge, Circuit Judge David Dolan of Scott County, had erred by refusing to grant his request to strike a juror because keeping that juror did not "afford (Lafferty) a full panel of qualified jurors before he was required to use his peremptory challenges ..."

During the examination of potential jurors (voir dire), according to Moore's brief, one person stated "the charge itself was some evidence of a crime; there was a crime, and the jury just had to decide if (Lafferty) did it; had formed an opinion that (Lafferty) was guilty; and would expect (him) to produce evidence to overcome that opinion and to prove himself innocent."

The woman ended up on the jury and was among the 12 Stoddard County residents to convict Lafferty of the felonies of attempted murder, arson, armed criminal action (ACA) and financial exploitation of an elderly person in January 2016.

Lafferty, now 72, was convicted of hiring Brandi and Christopher Hicks of Dexter, Mo., to burn his home near Bloomfield and kill his wife in January 2013. The Hickses were to receive $15,000 and another $5,000 if his wife died in the fire.

The exploitation charge involving Lafferty's mother, Goldie Lafferty, was a separate incident. He was accused of defrauding his mother by taking all the money from a certificate of deposit and using it for personal bills.

Moore argued before the appellate court that keeping this woman on the panel violated "statute, the Constitution and the Bill of Rights, which are the only two documents (where) jury trials are spoken of in the body. That's how important (a jury trial) is.

"A jury trial is not worth anything if you have jurors who have their minds already made up."

In reading the trial transcript, Moore said, it was very obvious "this particular juror thought Mr. Lafferty was guilty and would have to prove he was innocent.

"Of course, the law is just the opposite. You never have to prove you're not guilty."

Weeding out potential jurors, who already have formed an opinion, is the reason for the voir dire process, Moore said.

"You never select a jury," explained Moore. " ... You get the first 12 unless there is some reason to strike (for cause) or use a peremptory strike. It's really a deselection process, not a selection.

"... So, when you get to deselection, the people left to comprise the jury should be people who don't have a preconceived idea and understand the defendant is presumed innocent, that the burden always is on the state and the defendant has no obligation to produce any testimony."

At the close of the state's evidence during Lafferty's trial, the defense did not present any evidence or testimony before the case was given to the jury to decide.

The juror in question, Moore said, expected the defense to produce testimony.

"Even the judge asked her: 'You expect Mr. Moore to put on some evidence,'" Moore said. "That in and of itself, I think, is enough to overturn the verdict. I'm not the appellate court; it will be up to them."

In the state's respondent's brief and its oral argument to the appellate court, Assistant Attorney General Mary Moore argued the trial court did not abuse its discretion in denying the defense's request to strike the juror because "even if she said anything inappropriate during voir dire, she was rehabilitated."

Lafferty's claim regarding the juror is "without merit because (her) responses, when taken as a whole, do not show that she was unqualified," Mary Moore wrote.

The qualifications of a prospective juror, she said, are not "determined conclusively by a single response, but are determined on the voir dire as a whole."

According to Mary Moore, the juror said Lafferty was innocent until proven guilty.

"She said that only after (Lafferty) was proven guilty would she expect him to prove his innocence," Mary Moore said. "She said that if the state did not prove that (he) was guilty, she would find him not guilty. ... That is exactly what the jurors are required to do."

Mary Moore alleged the defense's interpretation of the juror's responses were incorrect.

"(The juror) made it clear that she would only consider the evidence at trial, and that if the state failed in its burden, she would find (Lafferty) innocent," Mary Moore said.

Dan Moore's second point of appeal alleged Dolan erred in overruling his motion for "judgment of acquittal" on the financial exploitation charge because the state "failed to prove the essential elements" of the crime for which Lafferty was charged.

Lafferty, Moore said, possessed a "valid enforceable power of attorney," which authorized all of his transactions, and there was "no evidence presented by (the state) that Goldie Lafferty was induced to enter into any agreement or that (her son) prevented (her) from acquiring information pertinent to the disposition of the funds."

Dan Moore said his client was charged with using a power of attorney, which was more than 10 years old, to "hide a transaction" from his mother.

"There was zero evidence of that in my opinion," Dan Moore said. "If (Lafferty) had been charged with the second part of the statute, which involves the abuse of a power of attorney, then there was plenty of evidence."

Why the state chose to charge Lafferty the way it did with "convoluted evidence ... they never proved it," Dan Moore said. " ... What he did was not a violation of what they charged him with.

"That's the law. ... He shouldn't be charged with one aspect and convicted of something he's not charged with. That's the cusp of that argument."

Mary Moore argued in her brief that the evidence was sufficient to support Lafferty's conviction on the exploitation charge.

"(Lafferty) does not challenge that his mother was elderly or that he took her money with the intention of permanently depriving her of the money and using it for his own benefit," Mary Moore said. " ...He argues that his actions were justified as he had a power of attorney."

The evidence, she said, established Lafferty made misrepresentations to his "elderly, illiterate mother in 2004 to induce her to execute a power of attorney," said Mary Moore. "Since Goldie was illiterate she could not have read or understood the legal document she signed."

And, because of earlier litigation, which involved Goldie Lafferty suing her son over his use of a power of attorney to liquidate her funds, Mary Moore said, both the woman and her then attorney believed the settlement of that case revoked any documents she had signed, including the power of attorney.

"Even if the power of attorney was valid, as (Lafferty) argues, he had a fiduciary duty toward Goldie," Mary Moore said. "He did not fulfill his duty when he used that document to steal his elderly mother's life savings to pay his personal bills and buy a Cadillac."

Dan Moore asked the appellate court to order a new trial for his client and to set aside Lafferty's conviction and sentence on the financial exploitation charge.

"There is no limit; they can mull it over as long as they want" before issuing an opinion, he said.

Lafferty, who is an inmate at the South Central Correctional Center in Licking, Mo., is serving 15 years in prison on the attempted murder and arson charges, with those sentences to be served consecutively to each other, and to a 20-year sentence on the exploitation charge.

A 10-year sentence on the ACA was ordered to be served concurrently with Lafferty's other sentences.