Merrill, Smith are Students of the Month for April 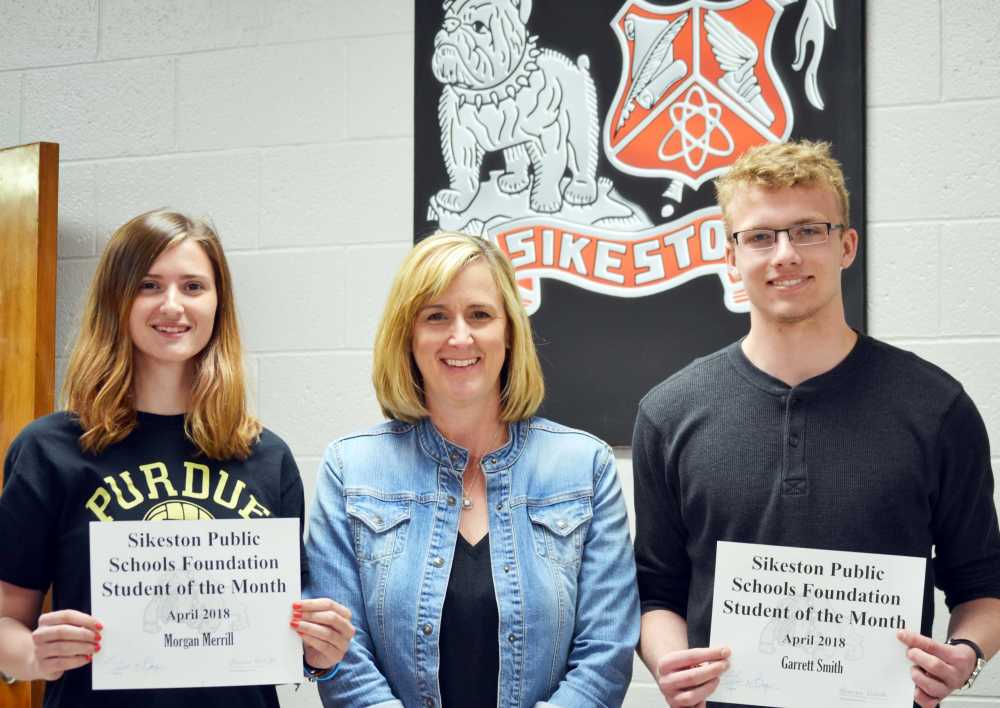 Sikeston Public Schools Foundation, which sponsors the monthly program, names two seniors each month for the honor during the 2017-2018 school year.

Merrill is the daughter of Lynda and Jeff Merrill. She is a member of band, playing the trumpet in jazz band, marching band and symphonic band.

She also participates in varsity volley, varsity track and field and is a member of the National Honor Society. In her spare time, she enjoys drawing, playing and listening to music, sports, video gaming and running.

Smith, who is the son of Mark and Ronda Smith, is a member of the Key Club, Junior Optimist Club, National Honor Society and Shady Acres Church of Christ.

His hobbies include acting, reading, friends and theater.