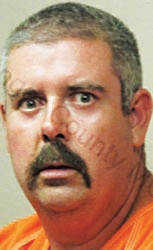 BLOOMFIELD — Roy Jones, a Stoddard County corrections officer, was arrested Saturday evening in Bollinger County on allegations of incest and rape in the second degree, according to the Bollinger County Sheriff’s Department.

Jones is due in court Wednesday for arraignment. According to the Bollinger County Sheriff’s Department, Jones has a $25,000 cash/surety bond on each alleged charge. He has been furloughed due to medical reasons, according to Casenet.

Jones was confirmed to be a Stoddard County Sheriff’s Department employee through payroll information presented at a county commission meeting last month.

Stoddard County Sheriff Carl Hefner said he is not able to release much information at this time due to the sheriff’s department’s involvement with the investigation.

Hefner said an employee was “unofficially terminated” and that, “he will not be coming back to work for us.”

Hefner went on to say the individual was “a good employee,” and with the department for “a little over nine years.”