The following story has been submitted by a user of standard-democrat.com. To submit your own story to the site, click here.
User-submitted story by Becky Wyatt 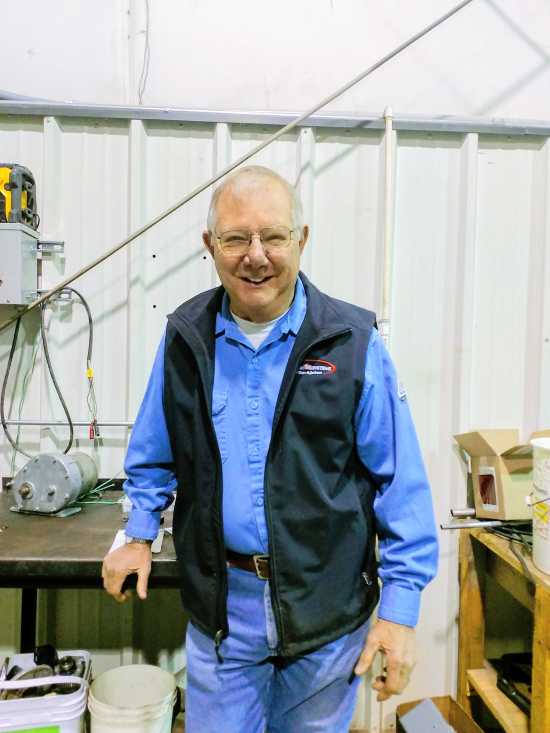 Orville at his work station at Agri Systems

Jackson, MO- Orville Thoma, informally known as “The Motor Man” has reunited with Butch Koeppel once again to work on all things electric including generators, pumps, ac motors, controls, and grain bin fans and he would just like for everyone to know where to find him. Agri Systems of Cape and Jackson has expanded its services to repairing these things with Orville’s expertise and intends to sell new equipment of these varieties along with the other agricultural equipment that they already have in stock.

Originally raised in Gordonville since the age of fifteen, Orville grew up a farm boy and joined the military after high school. During his service, Orville learned about repairing motors. He applied his knowledge of motors after his service and went into business with Butch Koeppel in Gordonville. However, Orville had a desire to expand into the Cape Girardeau area and branched out to start his own motor shop with a different partner. At this motor shop, Orville spent years polishing his art of working on motors and more.

After many years of great customers and exceptional experience at his shop, Orville sold his share of the business and tested the waters of retirement. Shortly following retirement, he found he was no good at being retired, but preferred the challenges of his life’s passion.

Now, he is starting a fresh partnership with Agri Systems of Cape and Jackson and he brings with him over 40 years of experience working on pumps, generators, ac motors, controls, and grain bin fans. The business is expanding to accommodate Orville’s needs and booming with Orville’s loyal customers. This new venture glimmers with hope for Orville to continue living his passion and sharing it with anyone who brings him something to work on. Orville gets a sparkle in his eyes with every familiar or new face that brings him a motor, pump, or fan to be repaired. He appreciates all his customers and has hope to see more as he demonstrates his quality work once again. Anyone in need of his services can contact him at Agri Systems of Cape and Jackson, just ask for Orville, or “The Motor Man.”