The work begins after floodwaters recede 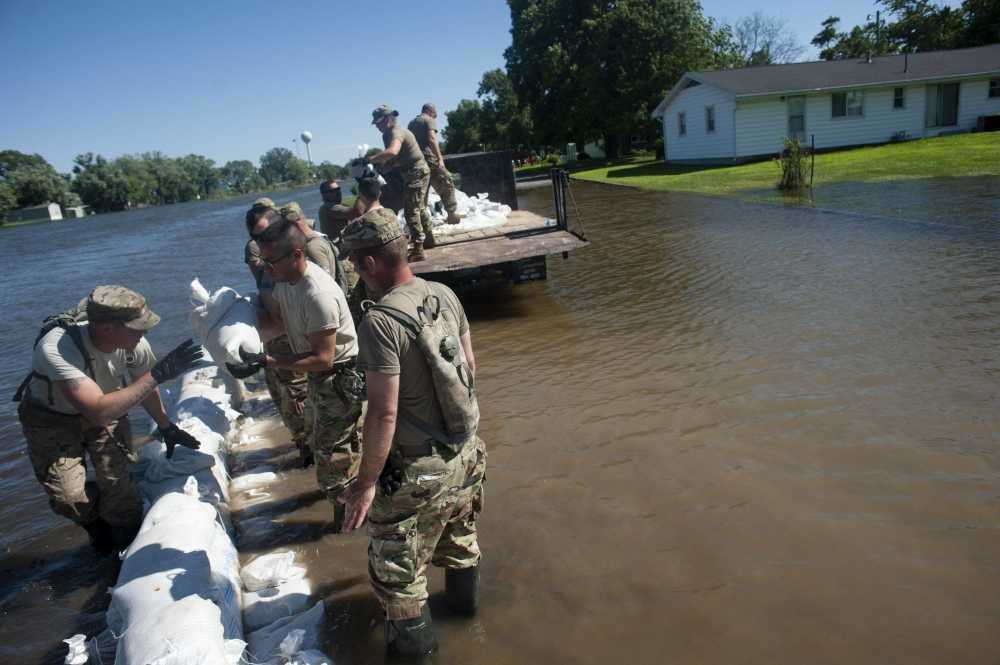 According to the National Weather Service, the Mississippi River at Cape Girardeau crested Monday evening at 46.3 feet, 14.3 feet above Cape Girardeau’s flood stage of 32 feet.

Several streets and highways throughout the area remain closed this week due to high water including sections of highways 74 and 25 between Interstate 55 and Dutchtown. In addition, Illinois Route 3 north of Jackson County is closed and a section of Route 3 between Illinois Route 146 and Gale, Illinois, was reduced to one lane Monday when floodwater covered part of the pavement.

According to Whitney Quick, regional director of the Better Business Bureau office in Cape Girardeau, floods and damaging rainfall are sometimes followed by “unscrupulous storm-chasing contractors seeking to cash in on the destruction.”

She said it’s not unusual for the BBB to take complaints about contractors who took deposits from property owners and did little or no work to repair water or storm damage.

“Storm victims need to do their due diligence and not be rushed into making a decision,” Quick said. “Consumers should do their research to find qualified and reliable contractors before they sign a contract or pay any money.”

Sources at two local water damage restoration companies -- Servpro and ServiceMaster -- say that while they’ve received some service calls related to flooding in recent days, most of the water damage they’ve seen has been more directly connected to excessive rainfall.

“We’ve had a lot of rain this year, so the ground is saturated,” said Virgil Jones, owner of the ServiceMaster franchise in Cape Girardeau. “What’s happening is it’s leaching into people’s basements because the ground is so saturated, but we haven’t had a ton of calls that have been directly connected with river flooding at this point.”

Jones said the situation would have been different years ago when more homes and businesses were located in flood-prone areas.

“After the last bad flood happened a few years ago, they tore down a lot of houses in the Red Star District of town, so there aren’t as many houses there to flood anymore,” he said.

“We’re not getting a lot of ‘emergency’ calls, but instead we are hearing from people who are calling because they know their buildings are going to flood and they want to get on our list for cleanup,” Jones said.

Some of those structures are near the junction of Highway 74 and Interstate 55 on the south side of Cape Girardeau. “Owners of buildings that are getting flooded now know they’re going to get wet and they’re prepared for it,” he said, adding that it is important to address water damage as quickly as possible.

“As soon as water goes away you need to get on it,” Jones explained. “It’s really all about removing the wet building materials that won’t dry including flooring, cabinets, drywall and insulation. Say the water goes up a foot in your house you need to take two feet of drywall out to be safe, and the sooner the better.”

Kaleisha Walker, marketing support coordinator with Servpro in Cape Girardeau, agreed with Jones. “A lot of people don’t realize when you have water damage there’s a potential for mold damage as well,” she said, adding flood water is typically more destructive than so-called “clean” water resulting from a broken water line or faulty plumbing.

“There are three different categories of water damage,” Walker said. “Category 1 is clean water from your washing machine or something like that. Category 2 could be a toilet overflow and then category 3 is external water damage from the river or sewer or something similar.”

Flood damage is often the most difficult to resolve and often requires removal of carpet, drywall and other building materials.

“The majority of what we’re working on right now is water damage that resulted from storms, not necessarily from floods,” Walker said.