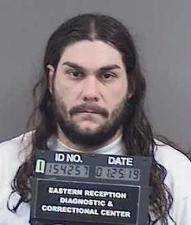 With his plea, McCall admitted distributing 55.22 grams of methamphetamine to an undercover police officer on Oct. 16, 2018. McCall also admitted that officers had attempted to stop him on Nov. 5, 2018, after McCall had agreed to distribute 19 ounces of methamphetamine to an informant. McCall fled from officers, weaving in and out of traffic, driving on the shoulder of the road and traveling in excess of 100 miles an hour. During McCall’s flight, officers observed him throw bags of methamphetamine out of the window. McCall was arrested after missing a turn and crashing his car in Caruthersville.

McCall now faces imprisonment of not less than five years, nor more than 40 years, and a fine of $5 million.

This case was investigated by the Missouri State Highway Patrol and the Drug Enforcement Administration. Assistant United States Attorney Tim Willis is handling the case.