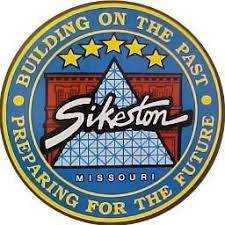 “That doesn’t justify the risks of shooting them in town,” Sparks said, citing a resident in New Madrid who lost their new house to fire as a result of a firework.

Councilman Ross Merideth agreed with Sparks, saying he was also told the same thing from a “source.”

Mayor Steven Burch countered by saying the fireworks are already being shot even though they are not allowed by law.

“I have a fundamental problem where you have a law on the books that you turn the other way on,” Burch said.

"Sikeston DPS does enforce firework violations and will continue this practice unless the ordinance is changed," DPS Assistant Chief Jim McMillen added. "Officer discretion on the specific situation will dictate whether we warn, confiscate or ticket offenders. Of course, we have to prioritize our calls and this means these nuisance calls like fireworks, noise ordinance violations or others may receive lower priority when our officers are busy with more serious issues."

Sparks said he thinks the city should work toward a use tax rather than spend time on something that won’t get much return.

Burch added that he just wanted the city to get the sales tax revenue and didn’t care if shooting fireworks inside the city limits was legal or not.

Councilman Gerald Settles then made a motion to table the bill, effectively killing it for the time being. The motion passed by a 5-2 vote with council members Brian Self and Onethia Williams each voting no.

In other action in Monday’s meeting, Council:

• Awarded the bid to become the depository for the City of Sikeston to Southern Missouri Bank.

• Awarded a bid to purchase a pickup truck for the Department of Public Safety Fire Division to Joe Machens Ford Lincoln for a price of $44,809.

• Approved the bid for a used pickup truck for LCRA/Public Works for up to $17,000. The money will come from LCRA funds.

• Approved a bid for replacement mower decks for two existing mowers for an estimated cost of $10,240. The money will also come from LCRA funds.

• Tabled awarding a bid for a new van for PAWS Animal Shelter while they do more research.

• Were briefed on medical marijuana after Amendment 2 was passed by Missouri voters in November.

• Answered questions brought up by Sparks about the Midtown Motel and an easement that needed mowing.

• Were briefed by Sikeston Parks and Recreation Director Dustin Care about a successful 33-team baseball tournament over the weekend as well as a 40-team soccer tournament held Sunday.