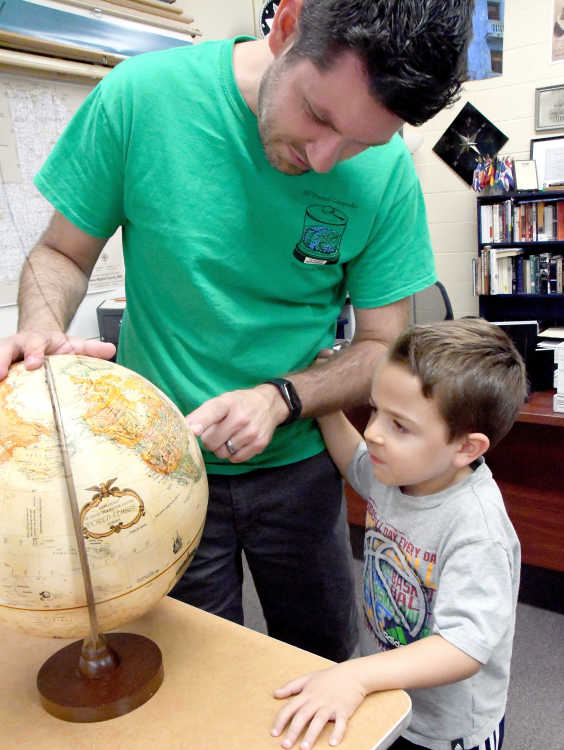 NEW MADRID, Mo. - Andy Tilmon’s love for geography began early. As a child, he would carefully study the atlas, noting the highways they drove, the rivers they crossed and the towns outside the window as they traveled.

Tilmon is still traveling and taking note of all these things. Today he shares them with his students at New Madrid County Central High School.

Now, Tilmon will be able to give his students an even wider view of the world. He was one of four Southeast Missouri educators on a week-long study tour of the Dominican Republic through a new program called Cultural Classroom, an initiative of the Cape Girardeau nonprofit Cultural Exchange Network. 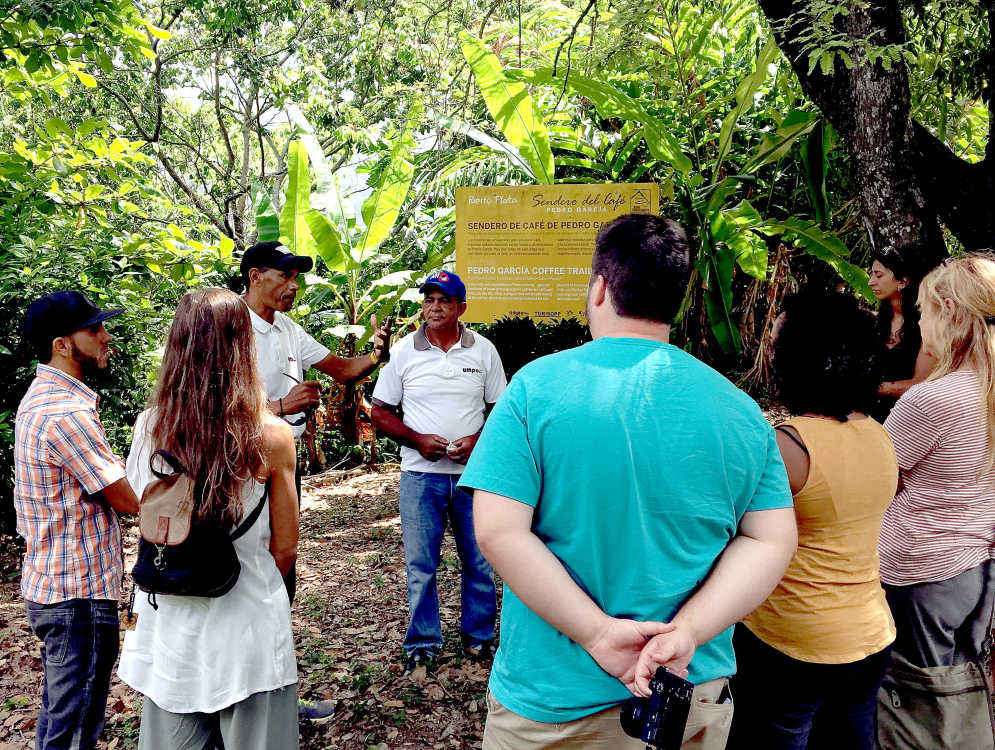 Participants in the first Cultural Classroom learn about the production process for coffee during their visit to the Dominican Republic in July. Among those taking part was Andy Tilmon, a geography teacher at New Madrid County Central High School.
Submitted photo by Jonnathan Coleman

“One of my missions in life is to bring the world to my students,” said Tilmon. “That sounds cliche but I want my students to experience and appreciate that there are other cultures than ours. That we are unique but we have a lot in common with others as well.”

The group arrived July 6 in Santo Domingo, which Tilmon explained is one of the oldest cities in North America. They spent the day exploring the city’s 500-year-old buildings in the historic district and traveling by cable car above some of the poorest neighborhoods.

The educators also joined a local entrepreneur and his wife, a journalist, at their home in Santo Domingo. Here they learned more about the island’s economy, Tilmon said.

A walking tour that afternoon was an opportunity to explore local cuisine.

“I honestly couldn’t tell you half of the things we ate,” smiled Tilmon, quickly adding, “But they were delicious.”

The group ended the day with more local culture, learning one of the country’s dances, the bachata.

“That was interesting to say the least,” he said with a laugh. “I am not a dancer but I feel a little more comfortable doing it now.”

The next day a bus took them into the mountains to the town of Jarabacoa.

Tilmon described this part of their tour as both the hardest and most enjoyable part for him.

Divided into two groups, Tilmon said they met a girl approximately 8 years old and her little brother, who was about 6. The children brought the Americans into their home.

“This was probably the most humbling part of the trip,” he recalled. “It wasn’t a home like we would typically think of it. It was pieced together with whatever they could find . . . It was what you would envision with extreme poverty but the little girl was the happiest little girl that you would ever meet and she was dragging us around, showing us her home and she was so proud of what she had. I think if nothing else this shows us that the quality of life we have isn’t determined by the amount of money we have. I mean, this little girl had nothing and she was so happy and so excited to show us her life.”

The group went to the children’s grandmother’s house where they shared a typical Dominican meal of chicken and rice with the American guests treated to Coca-Colas.

“We spent the rest of the evening getting to know the family and spending time talking, drinking coffee, sitting on the porch playing games. It was really just like spending time with our own families,” Tilmon said. “That was probably the highlight of my trip because you made that personal connection. You met real people. You got to experience their lives.”

In Jarabacoa, the educators also met local teachers and visited classrooms. While not always a priority in the country, they learned that today teachers and education are becoming more valued by the Dominican people.

Their tour took them into nature. Tilmon said they saw two waterfalls. One was just a short hike, while the second required a long trek down a steep hill.

From Jarabacoa, the group headed to the north coast of the Dominican Republic, stopping along the way at a coffee plantation.

“That was interesting. I didn’t realize what all went in to producing coffee or the ways in which the locals are contributing to the economy,” he said. “Every place we visited was intentional. It was to highlight what the people are doing and to promote the local economy. We avoided places that would not contribute back to the local people.”

Tilmon said they learned not only how coffee is produced but how the coffee farmers are using creative and organic ways to fight pests. He and the others had the opportunity to grind the coffee beans, which were then prepared for them.

At Cabarete, the educators were introduced into another economic enterprise, a chocolate co-op operated by women. Tilmon said the women not only struggle to earn a minimum wage from their business but also face the challenges of a patriarchal society, as they work to expand their market. But, he pointed out, the chocolate bars he brought home were very good and quickly gobbled up by his son.

As their trip wound down, they met with more locals, teachers and activists.

With every stop, Tilmon said he would note something he could bring back to his students at New Madrid County Central High School, where he teaches geography, advanced placement geography and a dual-credit European history class.

“Honestly, there are probably too many things to mention,” he said. “The values, the experiences, the culture - whether that is the music, the dancing or the food - those are some things that I think my students can relate to. Then there is the economics - showing them the extremes from the poverty to the wealth.”

There will be lessons in production which he learned from the coffee plantation and the chocolate co-op. He said he will include what he learned about the effects and perceptions of colonization.

“I was on overload all week,” Tilmon admitted. “I will take my experiences back to incorporate into my classroom in order to show my students the richness of the Dominican culture, but also to show them that despite the distance, we share many commonalities with the Dominican people.”

That, said CENET’s Walker, is exactly the intent of the Cultural Classroom.

“Our goal is to provide these teachers with an authentic, multi-faceted experience so they can convey that to their students.” said Walker.

According to IIE’s Center for Academic Mobility, Research and Impact, a deeper understanding of foreign cultures expands career possibilities and has a long-term effect on professional success.

“We want our youth to be prepared for the integrated world in which they’ll be living,” Walker added. “We look forward to working with these teachers throughout the year, and to sending another group of educators on a similar trip in the future.”

As part of the program she said Cenet will conduct workshops with its Cultural Classroom participants during the school year to facilitate building cross-cultural content into their lessons.

The week after the trip, Tilmon was busy incorporating many of the things he brought from the Dominican Republic into his classroom decor.

Pointing to a poster on his wall with the words “We are not alone,” Tilmon said that is his mantra for life and what he works to bring to his students.

“There is such a gigantic world out there with people and cultures that are different but we can all find common ground,” he emphasized. “And I would encourage people if you ever get a chance to travel to leave your little spot on the map and go. Find out what other people are like, find out what makes them tick, find out who they are. I think that will change your life, enrich your life, it makes you a better person.”