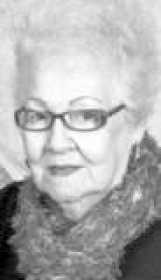 Born Jan. 13, 1930, in New Madrid, she was the daughter of the late Seibert and Alice Lewis Wescoat.

On March 14, 1947, in Piggott, Ark., she married Edward Arlene Clark, who survives of Cape Girardeau.

She was preceded in death by one son, Stephen Bruce Clark; one son-in-law, Ralph Borton; two brothers; four sisters; and one great-grandchild.

Visitation was from 5 p.m. to 8 p.m. Aug. 29 at Nunnelee Funeral Chapel in Sikeston.

A graveside service was at 11 a.m. Aug. 30 in the Evergreen Cemetery at New Madrid with Jeremy Jackson officiating.

Online condolences may be shared at www.nunneleefuneralchapel.com.