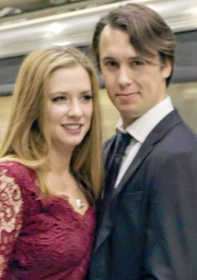 SIKESTON — George and Helen Hensley have announced the engagement of their daughter, Ellie Hensley, to David Jackson, son of Tim and Jayne Roby of Verona, Wisconsin, and Scott and Nena Jackson of Mount Pleasant, South Carolina.

A 2006 graduate of Sikeston High School, the future bride graduated in 2011 from the University of Missouri School of Journalism. She is a digital media specialist for Midtown Alliance in Atlanta, Georgia.

The prospective groom is a 2007 graduate of Verona High School and a 2011 graduate of the University of Missouri School of Journalism. He is a brand manager at Oldcastle APG.

Plans are being finalized for a Nov. 9 wedding.