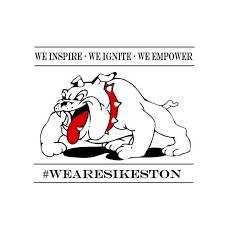 Currently, there are 11 students in fifth through eighth grades enrolled in BARC, and these students are assigned to BARC from the Fifth and Sixth Grade Center or Junior High, and the reason for the assignment is their disruption in that school environment.

“The goal is to help with their social skills and behavior skills so can be successful and return to those base schools,” Williams said.

The BARC program has smaller classroom size, and they follow same curriculum as their buildings. They’re evaluated at the end of the semester and staff look at discipline, attendance and grades. Teachers have a conference with the parents to see if the child is able to return back to the base school, he said.

Students who attend the New Horizons High School must apply for enrollment.

“It’s a true alternative setting, and it’s an optional program. At the end of the semester, they can return back to high school or stay at New Horizons,” he said.

Core subjects and several electives are offered at the alternative high school. Last year graduated 48 seniors from New Horizons, and traditionally, the school graduates between 40 an 50 students each school year, he said. Current enrollment is 46.

High school-aged students who attend the Suspension Center are assigned to the program they ave on multiple disciplinary referrals or outside school issues, Williams said. It’s a half-day program and the students work on credit recovery.

“Students are evaluated at the end of the semester to see if they can transition into New Horizons. We look at attendance, discipline and behavior referrals. They can also graduate from the program,” he said.

Current SAC enrollment is 24, he said.

New Horizons and SAC students can also participate in the Next Step program, where they attend the alternative center in the morning and work at Alan Wire in the afternoon, Williams said. It’s a partnership program started in January 2016.

“Each year will be a little bit different,” Holifield said. “At one point our rate has been as high as 2.5%. Historically, we do have a good success rate.”

Holifield said the goal is for the rate to be below 2%.

The district has many interventions in place and opportunities for students to not have to drop out of high school, she said. This school year, the district started Missouri Options, which is the HiSET exam, and will offer it at the alternative school, she added.

The Juvenile Suspension Program has also been added this year, Holifield said.

“We’re adding cohort monitoring to capture those freshmen and get them back on track during first quarter and second quarter,” Superintendent Dr. Tony Robinson said. “We know that if they’re not successful that freshman year, that’s a significant indicator of the lack of their success further on, so we want to keep them on track there. So, we’ll have the high school looking monthly, frequently, at students who have one or more Fs or are behind in credits trying to intervene, giving them extra tutoring or maybe an online class to get those kids back on track so that we can reduce this number over time.”

Every high school grade level will be looked at, but the focus is on ninth and 12th grades, he said.

Holifield and Transportation Director Larry White also briefed the Board with the transportation report. The Department is currently running 21 buses daily for the purpose of transporting students to and from school. There are 72 separate routes of the eight school sites in the district, and the average number of eligible students transported daily is estimated at 1,900.

The Board gave final approval on the amendment to the school district’s mission, which is stated in Board Policy AD, and will now read: “The mission of the Sikeston R-6 School District is ‘We inspire. We ignite. We empower. #WeAreSikeston.’”