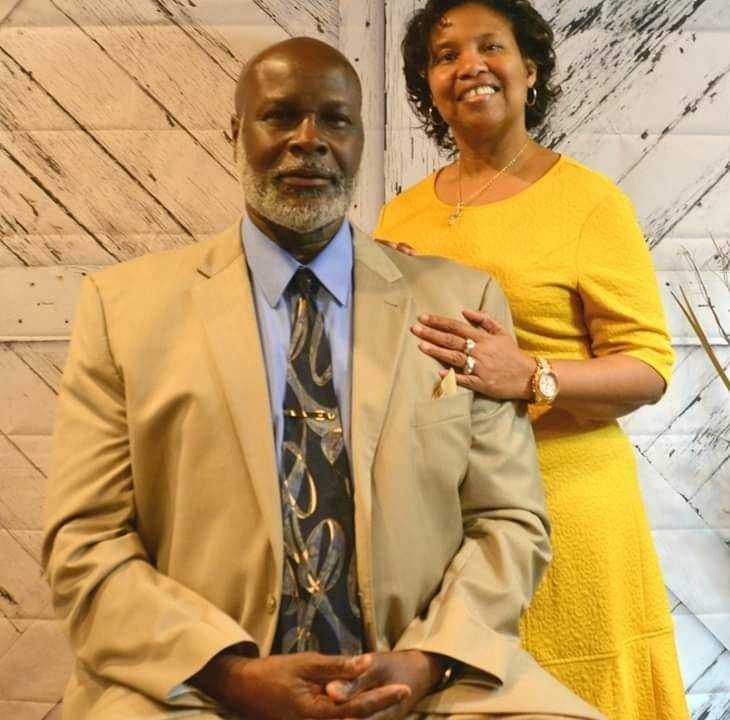 Portageville, Mo - “The Revelation of Jesus Christ Revealed”, a new book written by Mr. Freddie Butler, a former Mo. State Trooper. He will be having a book signing event at the New Madrid County Library in Portageville on October 26th, from 11 AM - 1 PM.

Books will be available for purchase at that time. Butler also continues to host the Believers Class every second Tuesday of the month in the dining room of the Impact Center at Agape Worship Center. This class is free and welcome to anyone who would like to attend.

Butler has had more than his share of callings in life. At 60 years old, he has heard and fulfilled many of them. From his time in the United States Marines, for the 33 years and continuing he has been

called to stand beside his wife Sandra, to his law enforcement career which began in 1983.

Today, Butler continues to follow that calling as God leads him to teach and has guided him into the position of the author.

career began in North Little Rock, Arkansas in 1983. By 1988 he had accepted a position as an officer at Southeast Missouri State University in Cape Girardeau.

In 1996, he applied to become a member of the Missouri State Highway Patrol and was assigned to New Madrid and Pemiscot Counties. With the exception of a brief assignment to the Gaming Division, Butler has spent 15 years as a uniformed Trooper.

In October of 2017, he retired from the Missouri State Highway Patrol after 21 years of service.

Today, he continues to serve his community as a deputy of the Pemiscot County Sheriff’s Office giving him a total of 35 years in law enforcement and still going.

Butler and his wife started attending Agape Worship Center in Hayti in March of 2006, just one month later the area was hit by a tornado which left many, including the Butler’s, without a home.

For 48 hours, they lived with his wife’s co-worker, then Pastor James McCulloch offered to let them live in the parsonage at Agape. For the next 13 months, they stayed there, rent-free, as construction took place in their new home.

Over the years, he was appointed to Sunday School teacher for the youth and then in January of 2011, Pastor McCulloch had him licensed and ordained as an Elder of the church.

In September 2013, under the authority of McCulloch, Butler began teaching a class called, “The Believer’s Class”. It was during this time he realized he was being called to teach, that he had a gifting in the written ministry through his preparations for class.

During one of the very first meetings of this class, attendees requested that Butler read and teach the book of Revelations. He says at first he was hesitant, but after prayerful consideration began teaching

a chapter from the book each month.

“I have known for a long time that my calling into ministry was a teacher. It stemmed from my love for the scriptures,” said Butler. “I rarely look outside the scriptures for my research. I believe the word of God can stand on its own and with careful study coupled with teaching by the Holy Spirit, the answers may be found within the scriptures.” The series took over two years to complete. He titled is “The Revelation of Jesus Christ” and kept it saved on his home computer.

On Sunday, July 22, 2018, Butler was one of many in attendance at an evening service at Revive Church in Malden, Missouri. A special time of revival with Evangelist Chris Brooks, who Butler had never met before.

More than 100 people were there, praising God and Butler was among them, praising with hands lifted, when he felt a hand on his chest. As Brooks prayed for him, he prophesied the favor of God on Butler’s life.

“I have experienced prophecy before so this was not new to me, but it was not until the following morning that I realized the meaning of the ‘favor prophecy’.” Butler went on to explain, for years he had a habit of spending 30 minutes each day before work studying and preparing Bible teachings on his computer. That next morning as he sat at his computer, the prophecy became clear in his mind. Publishing. Butler laughs and says, “When God is ready to move, you had better move!”

Four months later, on November 23, the book was published and reached it’s a current destination at Amazon and Barnes and Noble where it is on sale to the public.

“Teaching the Bible is a passion I have. I believe when the word is understood, your appreciation for the Bible will increase,” says Butler. “The Revelation of Jesus Christ” is evidence of the calling on his life, and his fulfillment to that call. Butler believes the book will provide an understanding and appreciation for the book of Revelations. A recent review by a reader said, “The book is a really good study help for someone trying to grasp the truths of the Book of Revelation.”

More about the book can be found on Butler’s website, www.freddiebutler.com [1]. There, viewers can find a link to Amazon.com, where the book may be purchased. Or, those interested can visit Barnes

and Noble online and search the title.

When asked if there are more books in the future for this new author he responds, “I would love to write more books, but God is in charge of my future. With faith and patience, I will wait on God.”