Braden honored at College of the Ozarks Homecoming 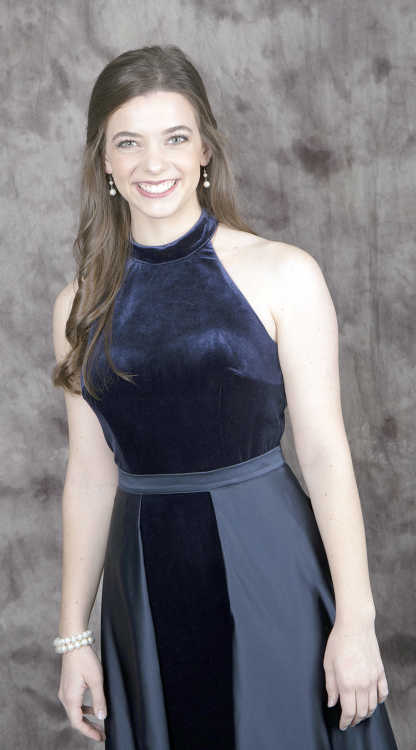 Emily Braden, of Sikeston, was chosen as first runner-up in College of the Ozarks 2019 Homecoming Coronation Ceremony.
Submitted photo

POINT LOOKOUT, Mo. — Emily Braden of Sikeston was chosen as first runner-up in the College of the Ozarks 2019 Homecoming Coronation Ceremony on Oct. 31. This year’s theme was Hard Work U.: Stay True.

Fourteen C of O student clubs and organizations nominated candidates for Miss Hard Work U. The candidates worked together as a group, along with students from Hollister Star School, on a project to set up lockers filled with inspirational pictures and writing, gifts, and helpful items so that young girls will receive assistance with clothes and personal items.

Votes by the student body and one-on-one interviews went into a cumulative assessment of the top 10 candidates. A panel of judges selected the top five, based on their graded essays and overall stage presence. These candidates answered onstage questions during the Coronation Ceremony.

The judges crowned Miss Hard Work U. and her court based upon the previous culmination of scores and the impromptu Q & A.