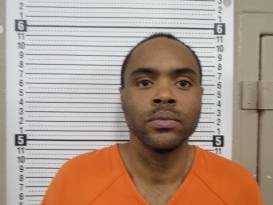 BENTON, Mo. — A Sikeston man is in custody for the shooting of a Reynolds County man and as a person of interest in a homicide investigation in southern Illinois.

Parris Marshy Hill, 31, was arrested on a warrant April 8 by the Sikeston Department of Public Safety. The warrant was for the shooting of a Reynolds County resident in February.

According to a news release from the Missouri State Highway Patrol, on Feb. 2, a Reynolds County man was shot after opening his door for an unknown individual asking for directions.

On Thursday, the Washington County Illinois Sheriff’s Office issued a press release, announcing a 31-year old man arrested on assault and armed criminal action charges out of Reynolds County, Missouri, on April 8 was a person of interest in an ongoing death investigation.

The statement from Washington County Sheriff Len Campbell said the man in custody is a person of interest in the homicide investigation of David G. Woodrome, 71, who was found dead in his Ashley, Ill., home on Feb. 9.

According to the Washington County, Illinois, Coroner’s office, their office was dispatched to 326 E. White Street in Ashley, Ill., at 1:10 p.m. Feb. 9 for the report of a deceased subject.

The body of Woodrome was discovered by a friend who had come to his home to check on his welfare, as he had not been seen at a local business he frequented in over three days. Woodrome was pronounced dead at 1:32 p.m. and an autopsy concluded he was a victim of a homicide.

As the investigation moved forward by the Washington County Sheriff’s Office and Illinois State Police, their findings led them to southeast Missouri, where a multi-state investigation is now underway.