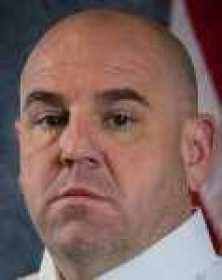 SIKESTON — A former Sikeston police officer has been formally charged for his alleged involvement in a February fatal in Scott County.

Andrew J. Cooper, 47, a captain with Sikeston Department of Public Safety who resigned early this month, faces charges in the Feb. 29 crash that killed a 22-year-old Sikeston woman and seriously injured four others, including himself.

The fatal crash occurred in the intersection of East Salcedo Road and Columbine Street in Sikeston, and the charges filed by Watson said Cooper acted with criminal negligence by speeding and failing to stop at a stop sign. The street has a posted speed limit of 45 miles per hour.