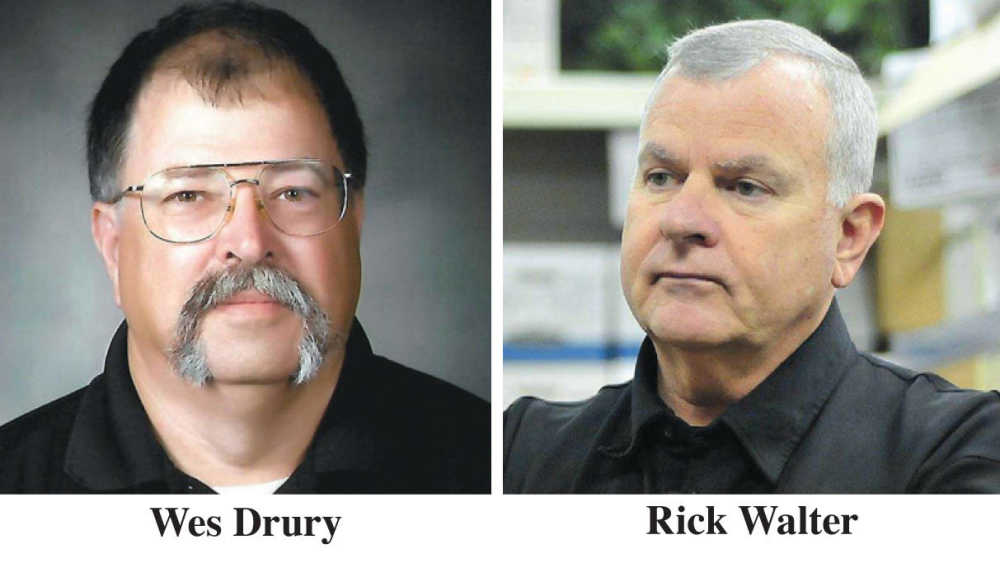 Walter, who is running against Drury for sheriff in the Republican primary in August, alleged in a news release Drury is misusing county and taxpayer resources for his own personal and campaign gain while violating Missouri’s campaign finance and conflict of interest laws.

In a news release from Walter on Monday, the former sheriff claims Drury is using the Sheriff’s Department social media accounts and resources to attack Walter while also promoting the current sheriff’s campaign. “The most immediate incident arises out of Drury’s attempt to deflect attention from the fact that the Sheriff has destroyed a very expensive drone that was generously donated to the Sheriff’s Department by a Scott County family,” the release stated.

On Friday, Drury addressed the sheriff’s department’s drone program, ZJ1, that was established as a memorial for Zack Johnston, a 23-year-old who went missing while hunting in January of 2016 and was later found after dying from hypothermia after falling through thin ice.

In his release on Friday, Drury claimed that Zack Johnston’s father, Jimmy, said $30,000 was raised and donated to Walter’s administration to purchase the drone, trailer and generators.

While Drury never addressed in his release what happened to the drone, he stated that the computers of Walter and his secretary were not in the office when Drury took office and “all programs and information from the previous administration were not accessible.”

The current sheriff added that “We have yet to find any electronic or hardcopies of the financial records regarding the ‘Drone Program,’ but we are still searching. What we do know is that the sheriff's office has paid $1,700 per year for liability insurance since 2017 and a balance of $5,995 was still owed for the drone's trailer upon my taking office.”

Drury added there was approximately $6,000 in expenditures that should have been available for the project but was not in the drone fund, stating: “At this time, I cannot confirm nor deny an ongoing investigation into the previous administration's possible mishandling of donated funds and how these funds were spent.”

While Walter’s release does not answer the allegations, it does claim Drury is using them for political benefit. “Immediately after the Sheriff’s Department issued its news release, Drury’s social media campaign also ran the news release,” the release said. “The coordination between the Sheriff’s Department and Drury’s campaign are not a coincidence.”

According to the release, Walter is asking the Missouri Ethics Commission to investigate Drury’s behavior and take any and all legal action available to prevent Drury from misusing Scott County’s taxpayers’ resources for his campaign in the future and to take action to hold him responsible for his preview law violations.