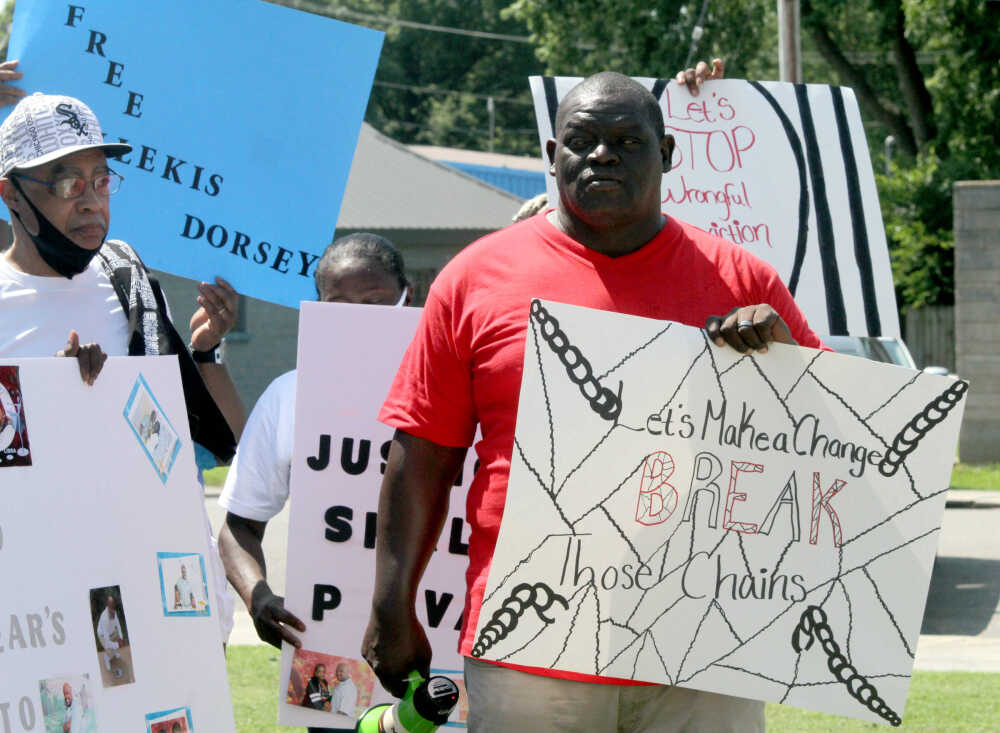 David Robinson leads a protest of about 30 people at the Scott County Courthouse Thursday morning. The group was protesting the conviction of Willekis Dorsey, who was convicted in 2003 of killing a Blytheville, Ark., man three years earlier.
Alex Wallner/Standard Democrat

BENTON, Mo. — About 30 people gathered peacefully Thursday morning at the Scott County Courthouse to protest the conviction of Willekis Dorsey.

Dorsey was convicted in the May 30, 2000, killing of Don Prude of Blytheville, Ark. Prude was shot numerous times in his car on Hickory Street in Haywood City.

After a 17-month murder investigation, Dorsey was one of five men arrested for the murder. A jury convicted Dorsey of first degree murder and armed criminal action on Aug. 7, 2003, and he was sentenced to a term of life without the possibility of parole and eight years.

According to online records, attorneys for Dorsey entered a petition for Writ of Habeas Corpus on April 14. An order granting an extension of time was given June 16.

Protestors on Thursday were requesting the Scott County Prosecutor’s Office release the entire trial file to Dorsey’s attorney, reinvestigate the case and support the pending petition.

Protestors claim that exculpatory and impeaching evidence was illegally withheld from the defense of Dorsey that would have helped exonerate him.