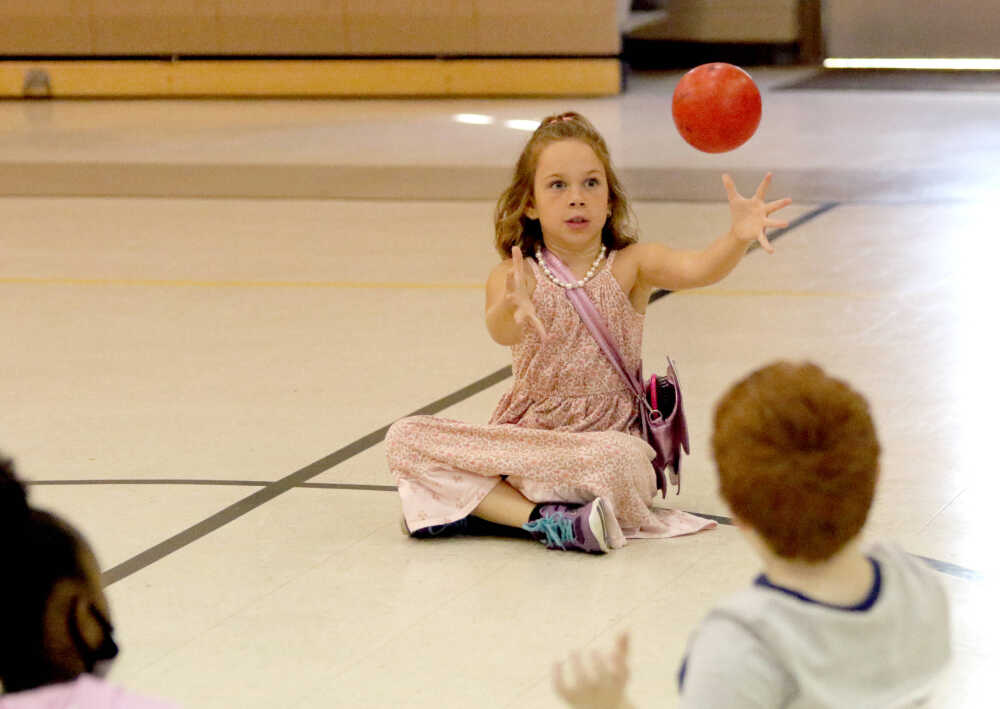 SIKESTON — Despite facing many changes and challenges during the coronavirus pandemic the YMCA of Southeast Missouri Summer Camp has been going strong all summer.

Starting a week later than normal, the YMCA took extra precautions and made some adjustments to schedules in order to have the camp. This year, there were 80 registered for the camp.

“This is our ninth week and we’ve not had any problems whatsoever,” said Cassandra Limbaugh, youth development director of child care for the YMCA. “We did have a couple of those hesitant parents.”

One of the biggest adjustments that had to be made was keeping things clean that is being done with the help of junior high volunteers.

“The volunteers have been a huge help,” Limbaugh said. “They are spraying and cleaning all of the time and they know to sanitize every 30 minutes the things you use the most like handles, door knobs, tables and things like that. They had to be taught to do that as well. We always cleaned but we never did an every-30-minute clean.”

The YMCA staff also wears masks, including the young volunteers.

“They’ve been perfect with those masks as well,” Limbaugh said, adding that some campers have also worn masks and the number has increased as the summer has gone along.

Another big change was no more field trips on Wednesdays for the campers, forcing the YMCA staff to come up with activities to fill the void.

“(Staff) had to be really creative coming up with different things to do with games or special movies or popcorn especially when they’re here all day,” Limbaugh said.

One big activity for the campers each year is swimming, which was still possible, but in groups in order to keep the number of swimmers down. The older campers, in grades 4-7, added an additional day of swimming, which Limbaugh said was well-received by the campers.

Another activity that is a staple of the summer camp is taking part in the Sikeston Public Library’s Summer Reading Program.

“Thank goodness the library did come through for us to be able to go there for Mondays and Tuesdays,” Limbaugh said. “It was on two different days this year so it wasn’t a big group.”

Limbaugh said they also talk to the campers about the coronavirus and the precautions they are taking.

Limbaugh said there were a couple hesitant parents when the summer began but they have been happy since the camp started.

One mother, who chose not to be named, said dealing with COVID has been interesting for her family.

“We were thankful but worried when the camp first opened due to a recent unexpected medical emergency in our household,” the parent said. “I had several conversations with Cassandra leading up to our children starting camp and she was very reassuring in every conversation we had that they would be taking all precautions to keep the kids safe.”

She said when her sons returned to camp, they were pleased with all of the precautions and adjustments that were being taken.

“One morning after dropping off one of my kids, he had a medical emergency,” she said. “I was called immediately and when I arrived, my child was being cared for by staff along with another camper’s mother who was a nurse. We were very hesitant sending our child back to the camp but after seeing how he was cared for and loved on, we knew he was in safe hands.

“Mrs. Cassandra, along with the staff and volunteers, have gone above and beyond to help accommodate and meet our needs with the changes that have occurred during summer camp.”

The camp will continue for two more weeks.