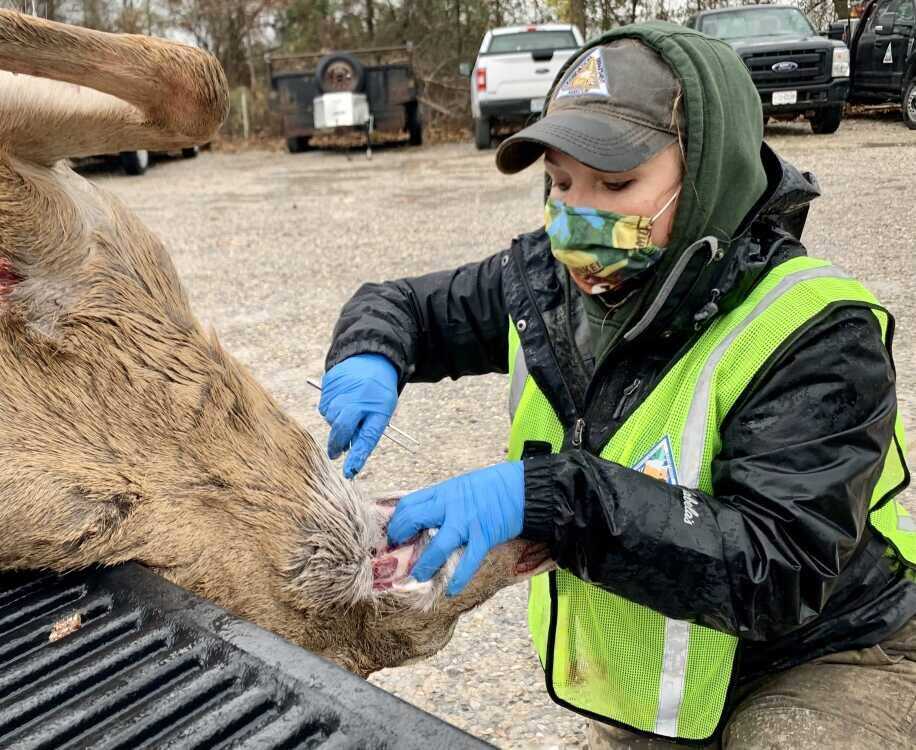 The time has come for one of Southeast Missouri’s most beloved outdoor winter activities: firearm deer season.

Firearm deer season opened this past weekend, and for many, that means a weekend of family fun, tradition and — if you’re lucky — a freezer full of deer meat.

For the Missouri Department of Conservation (MDC), opening weekend marks the beginning of this season’s chronic wasting disease (CWD) monitoring and testing efforts, with free voluntary CWD sampling offered at several stations in Missouri all day Saturday and Sunday.

CWD is a deadly illness in white-tailed deer and other members of the deer family, called cervids, according to the Missouri Department of Conservation’s website.

“[CWD] is a difficult disease — there is no vaccine or cure for it, so, if an animal gets chronic wasting disease, they will die.” MDC wildlife management biologist Nicole Walker said. “They can spread it very easily throughout their family groups, and since deer are social, it is really important for us to be able to monitor that, because their family groups can spread it, and then the rate of spread can become much quicker.”

The MDC offers free testing every year on opening weekend because a large amount of deer are harvested in the state at that time, Walker said, and the MDC receives a majority of their samples harvested by hunters during opening weekend.

The testing process only takes about 10 minutes from entry to exit, Walker said, and involves cutting two lymph nodes out of the deer’s neck. Information is required from the hunter, but the MDC created an app for data collection to speed up the process. The hunter then receives a card with their sample number on it, and can later receive a call with the results.

“When we do this kind of voluntary sampling like we have this weekend, we’re looking for potential new spots to see if the disease has spread anywhere else,” Walker said. “So far, we’ve been very fortunate that while we have noticed that this disease has spread, it’s running at a pretty slow rate, and with early detection, we’re able to go in and help to continue to reduce the spread of it so we can maintain a healthy deer population.”

Walker is the station leader at the MDC Forestry Office in Perryville, Missouri, and estimates the station did hundreds of CWD tests over the weekend.

CWD testing is usually mandatory on opening weekend, but that requirement was waived due to the coronavirus pandemic; as a result, Walker said she noticed fewer people came in to get deer tested this year.

Last season, the MDC confirmed 46 new cases of the deadly deer disease, bringing the total number of CWD cases in the state to 162, according to the MDC’s final report for the 2019-2020 season. Of the 46 cases, 25 were confirmed from nearly 29,000 tissue samples collected from white-tailed deer and submitted for disease testing, with most of these tissue samples being taken from hunter-harvested deer.

There is no evidence showing CWD is contractible by humans, however, according to the Center for Disease Control and Prevention guidelines, it is not recommended anyone consume a deer that has the disease.

“It can be compared to mad cow disease — they’re similarly based infection rates and we know mad cow disease can have issues in humans,” Walker said. “At this point in time, we have no evidence or anything showing that [CWD] is transferable to humans, but we do know the CDC is very strong in it’s stance that you should not consume [infected meat], and any meat that is shown to be positive should be properly disposed of.”

CWD testing is offered throughout the entire active deer season, Walker said, so anytime someone would like to get their deer tested, they can call the regional MDC office and someone will arrange to get that sample.

To find contact and location information for the MDC’s regional offices, visit www.mdc.mo.gov/contact-engage.