Community partnership in Charleston distributes over 300 tons of food 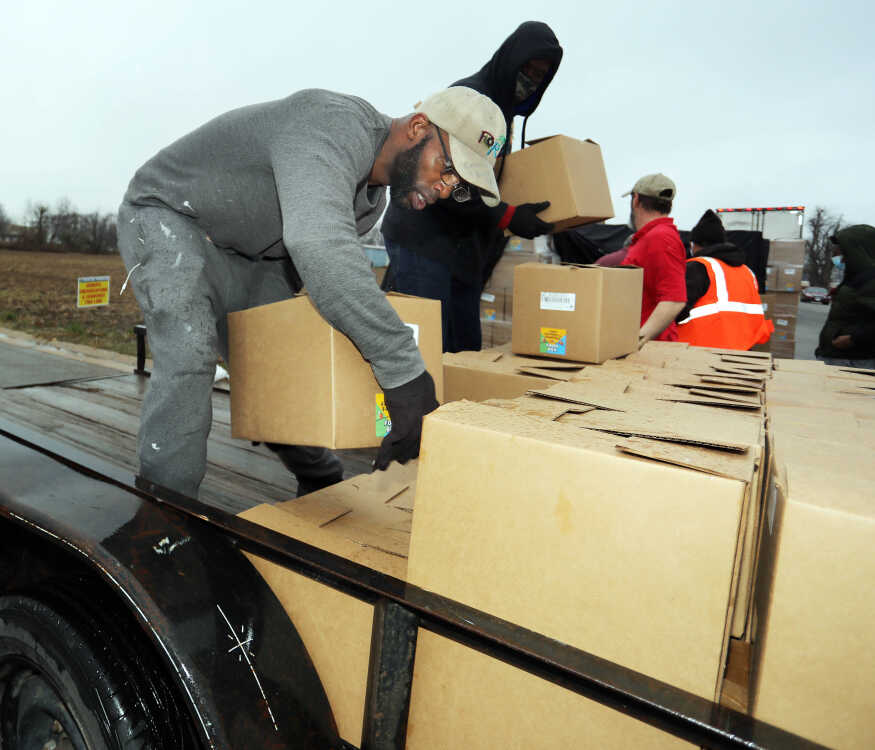 CHARLESTON, Mo. — An eight-month effort initiated in Charleston to combat food insecurity resulted in the distribution of over 300 tons of protein, produce and dairy to residents in a five-state area.

Sherry Maxwell with the Lincoln University Cooperative Extension’s Outreach Center in Charleston empowered the endeavor, which was offered through the USDA’s Farmers to Families Food Box program.

The Food Box program was initiated by Fresh Start Self-Improvement Center in Charleston, and quickly formed into one the largest community partnerships in Mississippi County.

“To quote State Rep. Jamie Burger (after discussing the program’s success with him): ‘What started out as snowball turned into an avalanche,’” Maxwell said, referring to how the effort started small, quickly grew and ended with positive results. “It got really, really big – bigger than we anticipated.”

The first food distribution for the group was May 4, 2020, partnering with Charleston United Methodist Church and the Southeast Missouri Food Bank which provided 325 food nonperishable boxes to residents of Mississippi County.

“We even delivered 50-plus boxes to senior citizens who were unable to get out,” Maxwell said.

Maxwell said she’s seen firsthand food insecurity in the region. She talked them as they picked up a box of food and shared their stories.

“It’s more than what we know,” Maxwell said. “Everybody doesn’t qualify for food stamps. There are people who who lost employment in pandemic and they’ve exhausted their savings, they’ve went into their 401K plans and ran up credit cards. One woman told me she had to choose between buying food and getting medicines for her husband.”

Maxwell said in addition to Missouri residents, people would drive to Charleston from Tennessee, Kentucky, Illinois and Mississippi – just to get a box of food.

The eight-month distribution included more than 45,000 cloth and disposable masks supplied by the Governor’s Office and Missouri Department of Public Safety. The Department of Health and Senior Services Office of Minority Health contributed 4,500 toothbrushes, toothpaste and dental floss to the six Missouri Bootheel counties including Cape Girardeau County in Southeast Missouri.

Over 5,000 new men and women’s clothing including shoes was donated to LUCE Charleston Outreach Center, which his located in the Mississippi County Health Department, items were given to selected churches or organization when they received their Farmers to Families Food Boxes for distribution.

Volunteer trucking companies brought the food from St. Louis to Charleston, where it was distributed to those in need.

Maxwell was quick to acknowledge DRPAM J Transport LLC of Charleston and its owner Rodney Jones.

“Without DRPAM J Transport, this effort wouldn’t have been possible. He (Jones) did pro bono; he wasn’t paid and he would have four or five trailers/trucks out there,” Maxwell said.

DRPAM J Transport LLC picked up, stored and assisted with scheduled distributions, she said. Maxwell noted the challenge of keeping the boxes in controlled temperatures because some of the contents were frozen.

“Having DRPAM J Transport LLC as a partner helped efforts be far-reaching,” she said.

Jones said he was happy to join the effort.

He noted when the program began, the food boxes took up half of a 53-foot trailer and by the peak, they were using four trailers to pick up food from St. Louis, Jefferson City and Kansas City.

“Not only were we able to help the local people who needed it most but also help the farmers who needed an avenue and place to distribute their rotation of cattle, swine, chickens and dairy products because otherwise some of that food would have been destroyed,” Jones said.

Additional regional, charitable organizations like Taylor Center and Meet the Need Inc. joined DRPAM J Transport and Lincoln University Extension Center in Charleston in the outreach to combat food insecurities during the pandemic.

Maxwell, who has worked at Lincoln University Cooperative Extension for 30 years, said she used her many connections in the community to find others to assist with the program.

The community effort garnered recognition from U.S. Sen. Josh Hawley, who mentioned Charleston’s effort in a speech on the Senate floor recently, and Gov. Mike Parson who visited and acknowledged the trucking company for helping with the distribution.

Another unique aspect, according to Maxwell, was the vendor supplied a list of the boxes contents prior to delivery. Sarah Eber, human nutrition and health program coordinator for Lincoln University Cooperative Extension in Jefferson City, assisted with meal plans and recipes.

Volunteers worked in all types of weather conditions to ensure residents received food through the eight months, she said.

“We were getting boxes ready for distribution in 100-degree weather, and when it stormed, we were out there in the rain, too. We’ve been through a lot to ensure that people get the food,” said Maxwell, who noted her own defibrillator even went off during one of the hot days they were working.

“I didn’t realize the food insecurity was so bad until I saw that – and once I saw it, it was life-changing,” Maxwell said. “People out here are hungry and it’s a big something. When we do this food distribution, this brings a little release to them. Does everybody who comes through there need it like that? No, but most of them do — otherwise they wouldn’t be out there.”