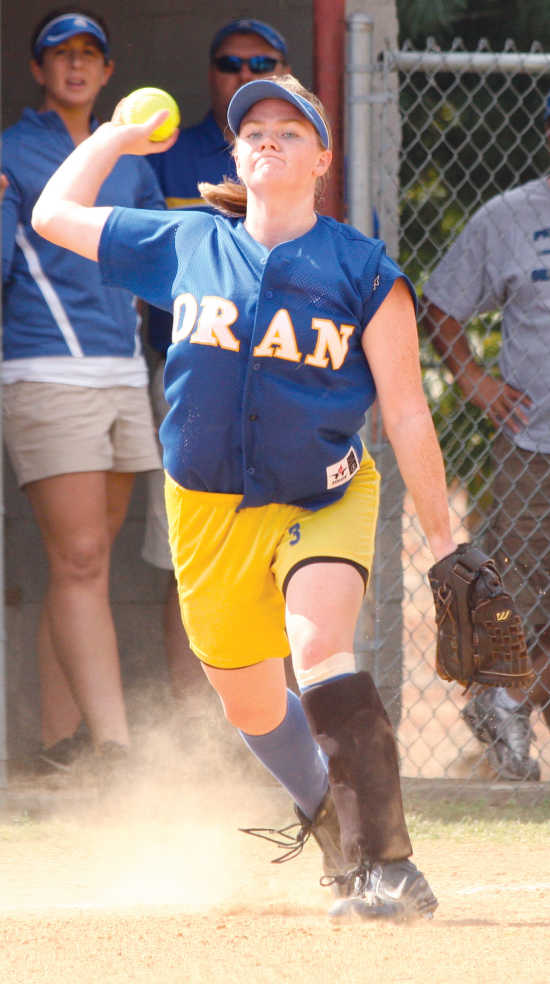 ORAN -- Senior Day was unkind to the Oran Lady Eagles on Saturday as they fell to the visiting Cape Central Lady Tigers 4-3 in seven innings. Oran committed five errors which eventually led to their own defeat.

Oran head coach Sara Heisserer was disappointed with the outcome of the weekend contest, especially in the defensive department as she said that the five errors led to the four runs. The fourth run proved to be the difference as the Lady Eagles couldn't manage a comeback late in the game.

The game was scoreless until the third inning when each team scored a run, but eventually Cape Central went on top in the fifth inning as they put up three runs. Oran attempted to match the three, but could only come up with two, which eventually was the final score 4-3. 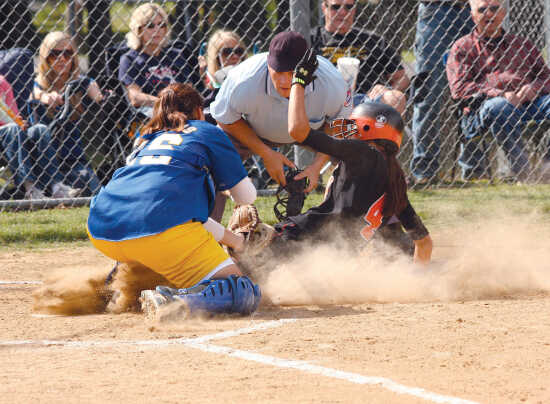 Claire Seyer was handed the loss for the Lady Eagles. Seyer went all seven innings, giving up four runs, two of which were earned. She allowed six hits and one walk while striking out six.

Offensively for Oran, the three runs came from just two players, two runs by Taylor Irwin and one by senior Rachel Moore. Irwin also picked up one of the three hits in the game for the Lady Eagles, while the other two came off the bat of Amanda Williams, who finished the game 2-for-3 with two doubles, two RBIs and a walk. Moore also had a walk.

Oran is now 9-7 on the season as they head into the district tournament which begins at Delta this week. The Lady Eagles are the No. 2 seed in the tournament and will play against the winner between Van Buren and Naylor on Thursday afternoon at 4 p.m.