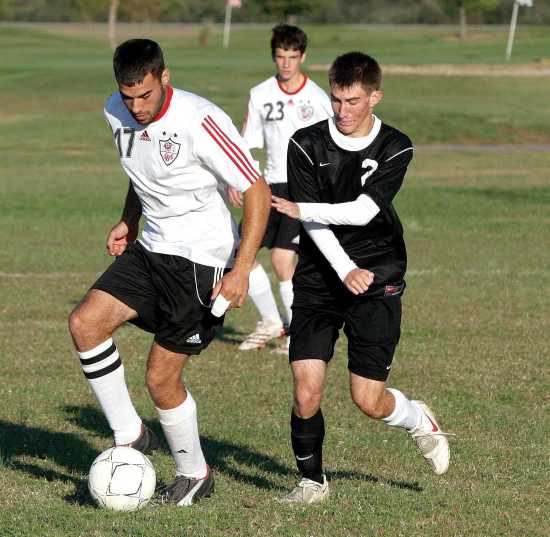 HILLSBORO -- The Sikeston Bulldog soccer team is entering the district tournament tonight on a 6-16 record, but head coach Derrick Long says his squad is more prepared now than they have been all season long.

"I like how we're going into districts," he said. "We've put together some winning streaks lately. It's all about who gets that first goal to put pressure on the other team."

The other team, will be the Farmington Knights, who won the contest between the two schools earlier this year by a score of 2-1 in overtime.

"I think it's going to be a good match-up," Long said of their first round opponent. "We're pretty evenly matched. We've got more speed up top than they do in their backfield. If we can finish then we can have a good game and go on to the next round."

"The big thing is finishing though," he added. "We've struggled with that all year. We exploited their defense with a lot of good runs. We just missed a lot of shots. We're hoping that we can put a few on goal this time."

The only opponent that's beaten the Bulldogs in the past six years of districts is the Notre Dame Bulldogs, which are back-to-back defending state champions. Long said that they'd like to continue their trend in 2008, but will have to get past Farmington at 5 p.m. tonight in Hillsboro.